We hope you will join us for these engaging and informative conversations and take this chance to learn and connect with fellow Tar Heels and Friends of the Library, near and far. If you missed any of the conversations, you can watch them by clicking on the links below.

During this unusual time, let us bring a little bit of Chapel Hill to you! 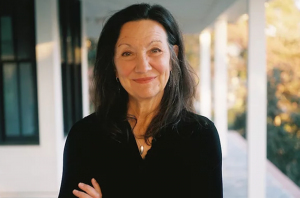 Jill McCorkle’s first two novels were released simultaneously when she was just out of college, and The New York Times called her “a born novelist.” Since then, she has published six novels and four collections of short stories, and her work has appeared in Best American Short Stories several times, as well as The Norton Anthology of Short Fiction.

Five of her books have been New York Times Notable books, and her novel, Life After Life, was a New York Times bestseller. She has received the New England Booksellers Award, the John Dos Passos Prize for Excellence in Literature and the North Carolina Award for Literature. Jill has written for The New York Times Book Review, The Washington Post, The Boston Globe, Garden and Gun, The Atlantic and other publications.

Jill will discuss her latest novel, Hieroglyphics, a mesmerizing story about the burden of secrets carried across generations. It is a novel fitting for our time, as Sylvia Brownrigg suggests in The New York Times Book Review, “A good novel can perform the same perception-bending trick as a lockdown: slowing time, throwing light on shadowed corners, reminding us of the interdependencies among us that we once took for granted.” 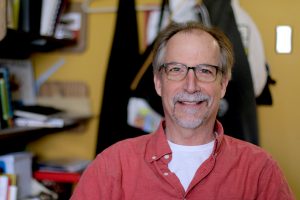 Jill will be joined in conversation with Daniel Wallace, J. Ross MacDonald Distinguished Professor and Director of Creative Writing at UNC-Chapel Hill. Daniel is the author of six novels, including Extraordinary Adventures, 2017, and Big Fish, his first, which was adapted into a film and a Broadway musical, and translated into twenty-five languages.  He has published two children’s books, dozens of short stories and essays, and is an illustrator whose drawings have appeared in books, newspapers and magazines all over the world.

This webinar was recorded on September 16, 2020

Well Read with David Zucchino ’73 in Conversation with William Sturkey 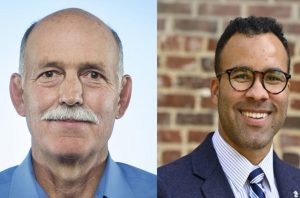 This second installment of Well Read features Pulitzer Prize winner, David Zucchino, in conversation with UNC associate professor of history, William Sturkey. They discuss Wilmington’s Lie – The Murderous Coup of 1898 and the Rise of White Supremacy, as well as David’s time as a contributing foreign correspondent for The New York Times, the wars and civil conflicts he covered in more than three dozen countries, and his numerous books.

David Zucchino is a contributing foreign correspondent for The New York Times, reporting from Kabul, Afghanistan. He was awarded a Pulitzer Prize for reporting from apartheid-era South Africa and is a four-time Pulitzer Prize finalist for reporting from Lebanon, Iraq, southern Africa and Philadelphia. He has covered wars and civil conflicts in more than three dozen countries. In addition to Wilmington’s Lie – The Murderous Coup of 1898 and the Rise of White Supremacy, David is also the author of Thunder Run – The Armored Strike to Capture Baghdad and Myth of the Welfare Queen – A Pulitzer Prize-Winning Journalist’s Portrait of Women on the Line.

William Sturkey is associate professor of history at UNC-Chapel Hill and author of Hattiesburg: An American City in Black and White. He works with graduate students in all fields of modern American history. He is currently advising the talented Jennifer Standish and Laura Woods. Sturkey also serves on the Faculty Advisory Board of Carolina’s Center for the Study of the American South and Carolina Public Humanities. He also serves as an elected representative on the UNC-Chapel Hill Faculty Athletics Committee. During the 2017-2018 academic year, he was named one of two faculty recipients of the university-wide Diversity and Inclusion Award for “significant contribution, time and effort of Carolina community members towards advancing an inclusive climate for excellence in teaching, research, public service and academic endeavor.” Sturkey is also an engaged public scholar who regularly gives public lectures, appears in local and national media, and works with K-12 teachers. 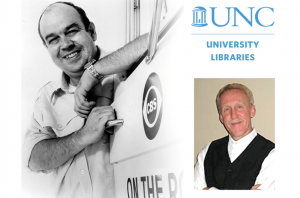 Freddie Kiger leads Civil War battlefield study programs, teaches several classes each semester and served as co-lecturer with Shelby Foote on the Cruising the Mighty Mississippi travel program. He is the creator of the field guide Civil War: A History of the War Between the States (Workman), holds two degrees from UNC-Chapel Hill and has taught classes on the American Civil War for over 25 years.