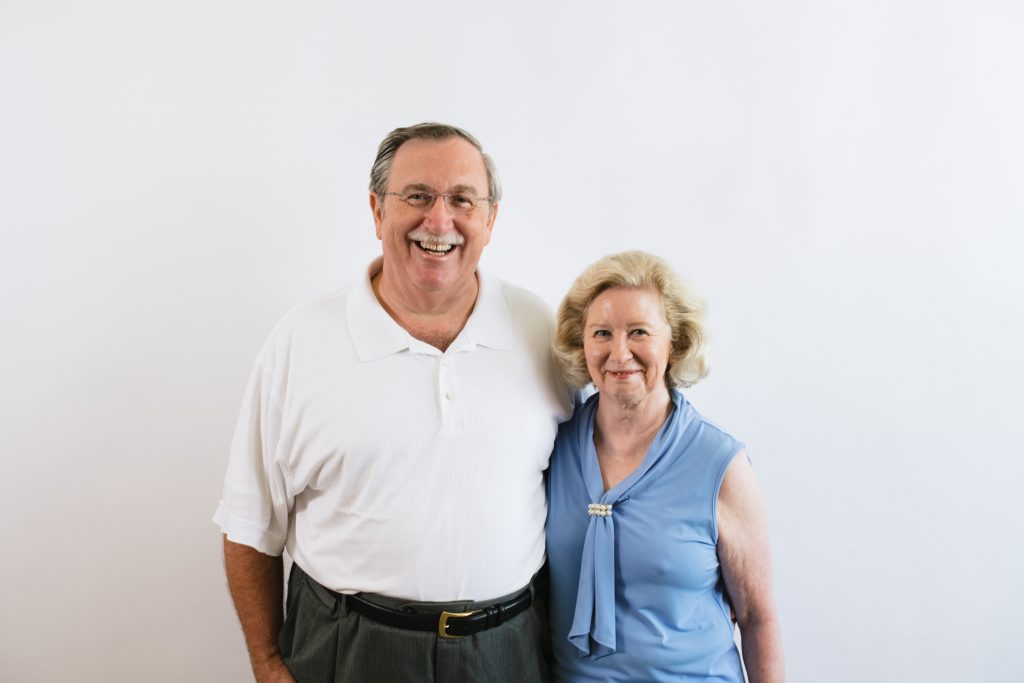 For All Kind: the Campaign for Carolina is the fifth fundraising campaign Claude Henry Snow Jr. ’76, ’78 (M.A.) and Sarah Turnbull Snow ’04 (M.S.I.S.) have contributed to in support of their alma mater—this time, in the form of a bequest.

“We’ve given as we are able through all four previous campaigns, and now this one,” notes Claude. “In one sense, that should probably demonstrate our love for Carolina, and it also shows we’re experienced givers,” he adds, laughing.

The Snows love Carolina—so much that they moved from Atlanta, Georgia, to Chapel Hill to be closer to their alma mater, reinforcing their commitment to the University they hold dear. In addition to supporting five consecutive fundraising campaigns, the Snows have served on more than a dozen University boards and committees over the years, and both have served on the Friends of the Library Board.

“We were coming here four to five times a year, not counting football and basketball,” shares Sarah. “We kind of laughed and said, ‘Why are we doing this? Let’s just move to Chapel Hill.’ And here we are.”

The Snows’ planned gift, totaling more than $2.6 million, is allocated to three entities on campus: University Libraries, the School of Information and Library Science (SILS) and the Rams Club.

The Snows have given to the Library in all five campaigns. Their most recent planned gift supports the Southern Historical Collection at the Wilson Special Collections Library. Claude was a work-study student for the Library in this collection throughout his four years as an undergraduate studying history at Carolina.

“The Library touches the entire campus, and it impacts both undergraduate and graduate students,” Sarah says. “You cannot be a student at Carolina and not, at some point, have an interaction with the Library.”

Their gift to the University Libraries allows for much flexibility for future leaders, highlighting the Snows’ trust in Carolina.

The Snows recognize the importance of supporting Carolina, in part, because of how their liberal arts education and graduate student experience have positively impacted their lives and careers. Sarah and Claude both started their careers in network computing and communications.

“Having a background in liberal arts gave us the ability to constantly learn and to continually want to learn,” explains Sarah, whose work in the technology field required constant effort to keep up or risk being obsolete.

Ultimately, Claude took a different path when he joined Deloitte & Touche. He said his graduate studies helped him become a successful management consultant.

“Across my life, it’s made me a better strategist and operations analyst. I was going into troubled companies, re-strategizing particular areas and creating new operating models. I was almost always successful, and I credit that to really honing my analytic and strategic thinking skills while in graduate school.”

Nowadays, when the Snows aren’t volunteering as board members or serving on committees, they spend their time reading, traveling and playing with their three grandchildren.

“While we are blessed, the idea of a planned gift appealed to us,” says Sarah. “We can delay the monetary outlay until we are no longer around, and our bequest will benefit others going forward.”

“Carolina has a special meaning to us because we believe in many of the things the University has come to stand for and the good works that it does,” adds Claude.

To read the full story about Claude and Sarah Snow’s gift to Carolina, visit go.unc.edu/WindowsSnow.

To explore the impact your gift could have on Carolina’s libraries, contact Blue Dean, executive director of Library development: bluedean@email.unc.edu or 919-843-0141.