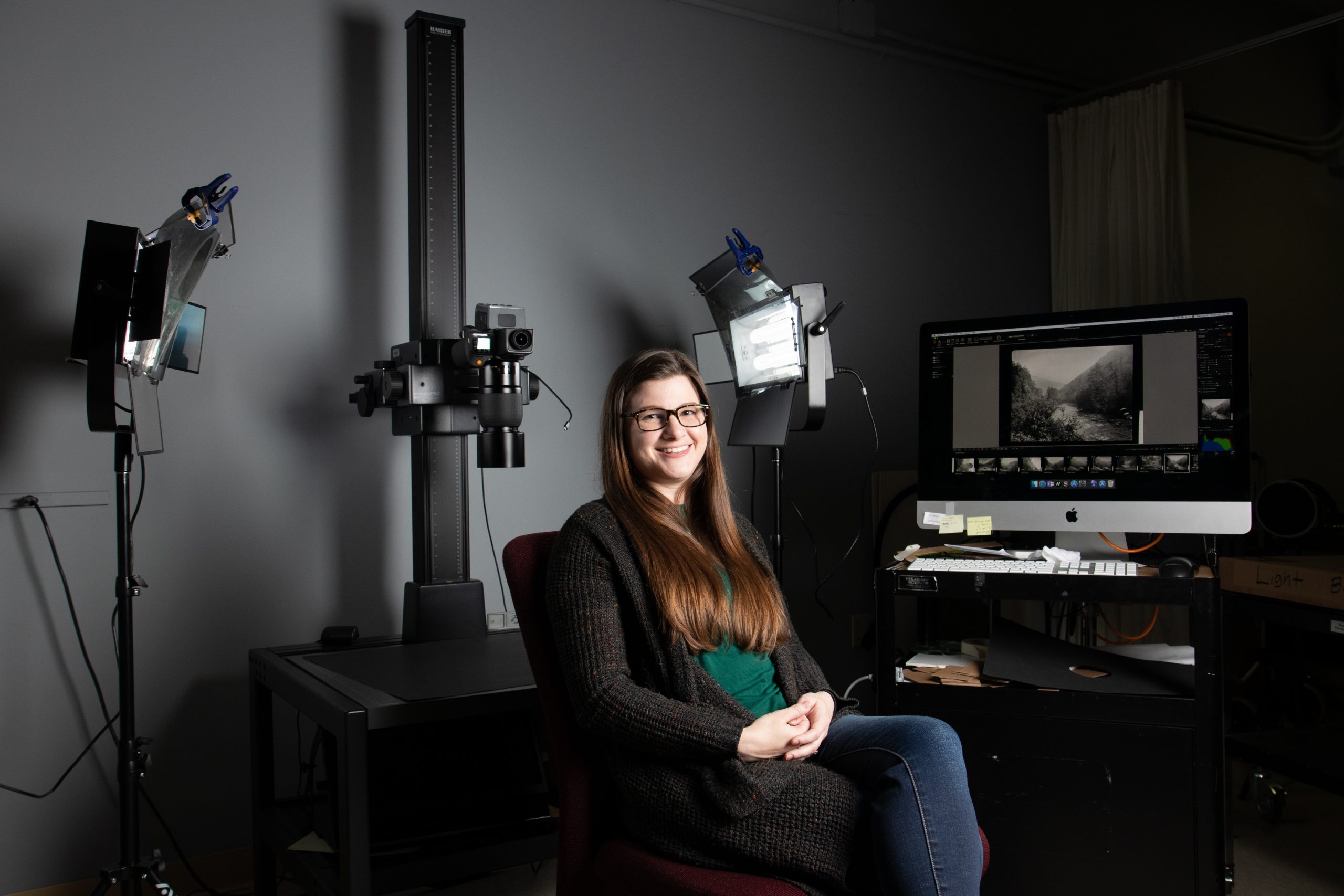 To pursue her dream of being a photojournalist for National Geographic, Kerry Bannen earned a master’s in fine arts in documentary photography from the University of Wales, Newport.

“Then circumstances changed, and I fell in love with libraries,” says Bannen, a digitization workflow supervisor at the University Libraries since 2012. But a recent “dream project” allowed her to combine her passions and bring her skills to a global stage.

Last October, Bannen joined two UNC-Chapel Hill professors on a grant-funded 10-day trip to Senegal to preserve endangered manuscripts. These documents, in Arabic and the Senegalese language Pulaar, were created by influential Islamic scholars of the late 19th and 20th centuries. 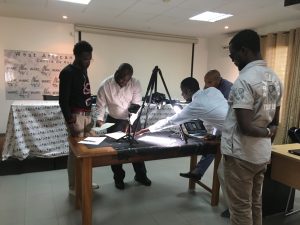 This project—a collaboration among UNC-Chapel Hill, the Endangered Archives Programme of the British Library, and the West African Research Center (WARC)—is designed to “provide easily accessible resources that will improve the quality of scholarly research and make available teaching materials on Muslim West Africa in general and the Haalpulaar (those who speak Pulaar) history, language, society and culture in particular.”

Before embarking on the 24-hour voyage from the Triangle to Dakar, Senegal, Bannen began a different kind of journey. “I wanted to make sure that I knew the expectations for me in a country that is 95% Muslim with a completely different culture than I’m used to,” she says.

In addition to participating in a Facebook group for expats and visitors to Senegal, Bannen learned greetings in Wolof, one of the local languages, as well as French, which is widely spoken in the West African country. “I knew we would be meeting with imams and going to mosques so I learned what I needed to do to show respect,” she says.

“Kerry has excellent skills in digitization and was a very easy partner to work with,” he says. “When the British Library received the first 100 images that Kerry had digitized, their staff told us the images were perfect.” 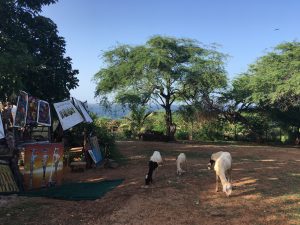 While working in Senegal, Bannen called upon the skills she has developed on the job. “Working at UNC with photos, rare books and manuscripts, I have had a lot of practice in creative problem solving,” she says. “I’m used to figuring out the best way to get a good image based on how the object can be manipulated and then reverse engineering a process to achieve our goal.”

Bannen helped the team digitize some 4,500 documents while in Senegal, working both in the WARC office and in a workspace in a mosque. A typical day would entail setting up the camera, lights, computer—all of which the team brought from the United States—and then photographing manuscripts while other team members created the metadata, in both English and the document’s original language.

In addition to doing hands-on digitization work, Bannen helped increase the capacity of the team in Senegal, training them to get the best images possible and meet the standards set by the British Library. “She is a good teacher who taught me a lot,” says Samba Camara, a native of Senegal and AAAD teaching assistant professor and language instructor who created the project. “Kerry is an important part of the whole project. Without her, we couldn’t have done the work.”

Bannen says that she learned as much as she taught. “I learned so much about Islam and about Africa,” she says. “Before this trip, I hadn’t thought about where materials are kept in places where libraries and cultural heritage institutions aren’t readily available and funded like they are in the United States. In Senegal, many pieces were just kept in a bookcase in a mosque and may be deteriorating.”

Bannen hopes to work on similar projects throughout the world. “When there is an endangered archive in another country, I hope to be the person who can help preserve those documents,” she says.