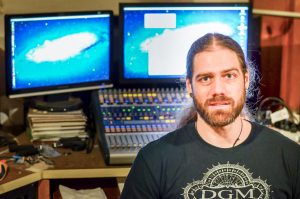 UNC Library mourns our friend and colleague Greg Klaiber, who passed away over the weekend following several months of serious illness.

Greg was the Digital Media Lab manager in the Media Resources Center (MRC) of the Undergraduate Library, a position he had held since 2001.

For users of the MRC, Greg was an enthusiastic, knowledgeable teacher and source of expert advice. He was the go-to person for students and faculty working on multimedia projects–from producing full-length documentaries, to editing field research, to putting the finishing touches on a visual thesis or a digital class project.

In 2010, he received the Chancellor’s Award for Excellence, conferred for “meritorious or distinguished accomplishments.” Greg was recognized for developing new and creative ways to meet the needs of Media Lab users. The previous year, he had received the Library’s Outstanding Employee Award, recognizing his dedication and expertise in managing the Media Lab.

“Every day is unique,” Greg said upon receiving the Chancellor’s Award. “I work with some fantastic people here. That fact makes a huge difference. I serve these people as well as the campus community. It’s a satisfying, rewarding place to spend my time.” 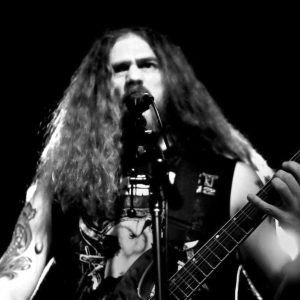 UNC Library’s Greg Klaiber was an accomplished musician and sound engineer who played with the Durham-based band American Empire.

Greg brought to his colleagues the same caring and concern that he showed to students and faculty. Colleagues remember him as someone who would go out of his way to assist anyone—a colleague, a friend, or someone he had just met.

“Greg was wickedly funny, incredibly smart, and graceful under pressure,” wrote the director of the Undergraduate Library and the director of the Media Resources Center in a joint note to Greg’s colleagues. “Simply, Greg was the very best of who we all try to be.”

Outside of work, Greg was an accomplished musician and sound engineer. He was guitarist for the Durham-based progressive power band American Empire and he operated Caveman Studios, providing audio services for numerous bands in the Triangle and beyond.

Posts to Greg’s Facebook page reveal the many lives he touched through his music, kindness, and generosity.

Greg leaves his wife of one year, Solveig Evjen, and his mother, Pat,  sister Jennifer, and brother Jonathan.

Information regarding a service or memorial is forthcoming.

Rest in peace, Greg. You will be missed, immensely.

We invite you to share a remembrance of Greg in the comments below.

22 comments on “In Memoriam: Greg Klaiber”