An Elaborate Excuse for a Pun: Illustrations by Emily Wallace

Foods of the American South come to life in an exhibit of drawings by writer and illustrator Emily Wallace. “An Elaborate Excuse for a Pun” features 19 fun-filled takes on food, in which dogs drink, hams fight, and pickles experience angst.

The drawings will be on view in the Pleasants Family Assembly Room of the Wilson Special Collections Library through March 2018. 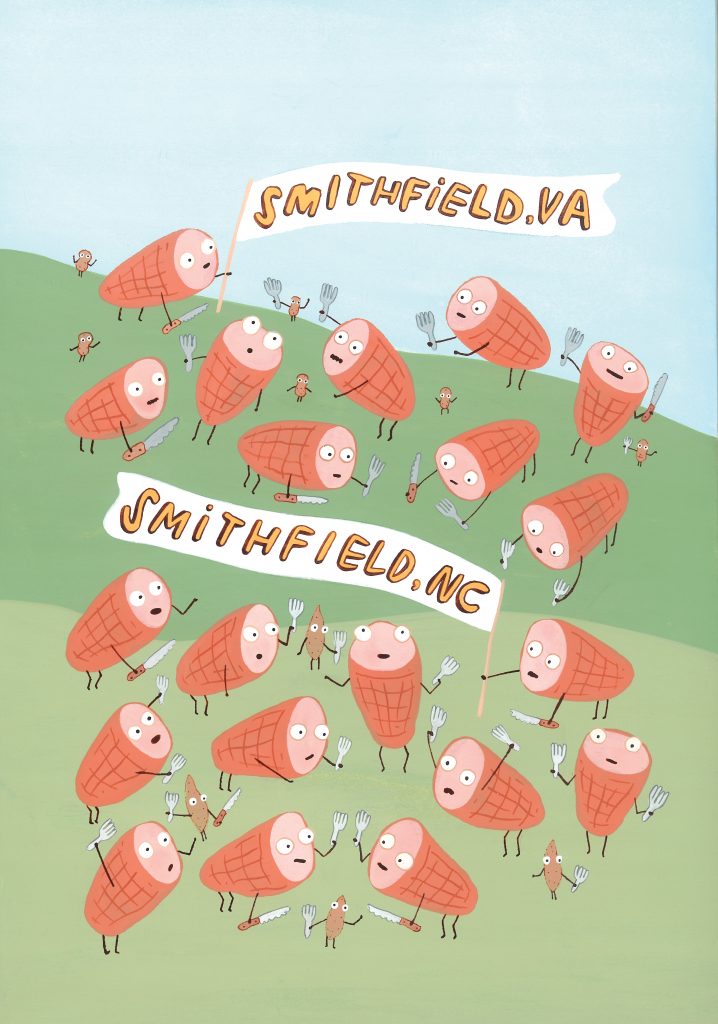 Emily Wallace’s “Ham to Ham Combat” is part of an exhibit of her drawings at UNC’s Wilson Library.

Wallace is deputy editor of the academic quarterly Southern Cultures, published by UNC’s Center for the Study of the American South. Her work has appeared in the The Washington Post, Oxford American, and INDY Week. She was recently nominated for a James Beard Award in humor.

An Elaborate Excuse for a Pun: Illustrations by Emily Wallace
Pleasants Family Assembly Room
Wilson Special Collections Library
Showcased until March 2018
Free and open to the public
(919) 962-3765 or wilsonlibrary@unc.edu