A photograph exhibition in Davis Library explores the lives, work, families, and hopes of farmworkers in the Carolinas. “More Than One Story | Más de una historia” marks a 25-year partnership between farmworkers and students in the Southeast through the organization Student Action with Farmworkers (SAF). 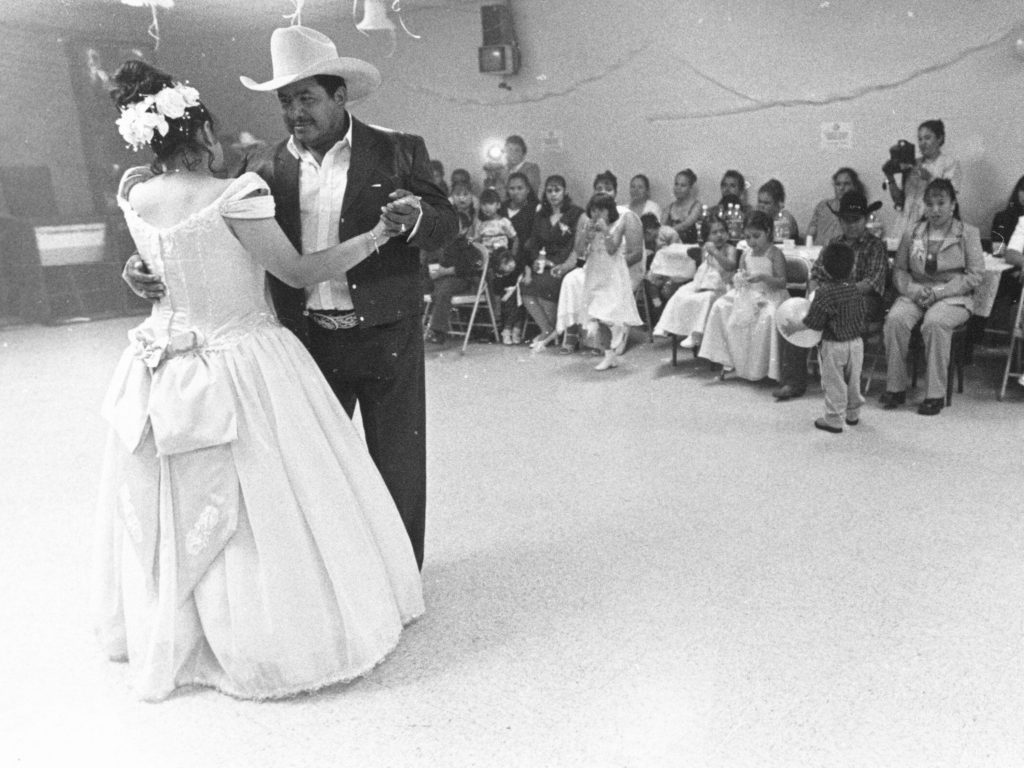 A father and daughter dance in this photograph from the exhibition “More Than One Story | Más de una historia.”

The 48 photographs on view and excerpted oral histories are part of the Student Action with Farmworkers archival collection in the Southern Folklife Collection at UNC’s Wilson Library.

The exhibition takes viewers into the field by documenting the men, women, and children who plant, pick, pack, and process our food. Viewers experience the environments and frequently difficult circumstances that farmworkers encounter. Issues such as wage theft, illness, pesticide exposure, threat of deportation, and homesickness are common, as are stories of dreams, change, and resistance.

According to the organization’s website, SAF’s mission is “to bring students and farmworkers together to learn about each other’s lives, share resources and skills, improve conditions for farmworkers, and build diverse coalitions working for social change.”

“SAF works with farmworkers, students, and advocates in the Southeast and nationwide to create a more just agricultural system. Since 1992, [SAF has] engaged thousands of students, farmworker youth, and community members in the farmworker movement.”

“More Than One Story” is on view in the Davis Library gallery on the first floor through February 2018. Explanatory panels are in both English and Spanish, and visitors may listen to accompanying audio by checking out an MP3 player at the Davis Library Service Desk.