Doing Our Bit: UNC and the Great War

Update: Exhibition has been extended through June 18, 2017.

When the U.S. prepared to enter World War I in 1917, universities and colleges swiftly responded to the call for service.

At Carolina, the campus transformed into a military training ground. Dormitories became barracks, and classes on battlefield strategy were added to the curriculum. By the end of the Great War, more than 2,200 students, alumni, and faculty and staff members had served overseas. Those who remained behind contributed time and money to the war effort. 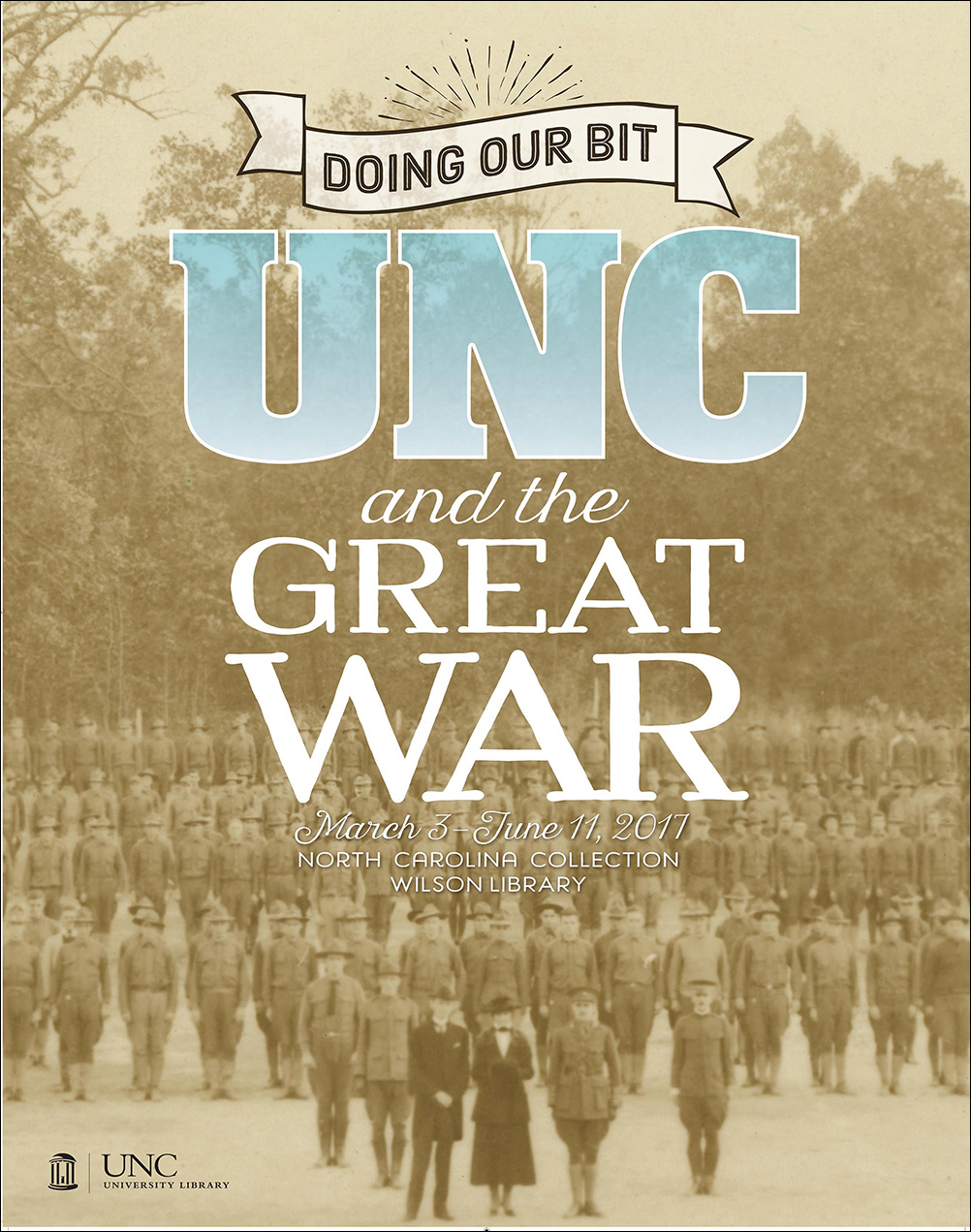 Under the guidance of UNC’s new president, Edward Kidder Graham, the University also took on the role of educating North Carolinians about the War. It founded the Bureau of Extension in 1913 to publish informational pamphlets and send faculty lecturers across the state in a legacy that continued well after the War’s end.

Doing Our Bit: UNC and the Great War uses documents, photographs, and other artifacts to recall how the Carolina campus embodied Graham’s vision of public service during one of the great conflicts of the twentieth century. The free public exhibition will be on view in the North Carolina Collection Gallery of the Wilson Special Collections Library through June 18, 2017.