Skip navigation
Home › News › If these blocks could talk

If these blocks could talk 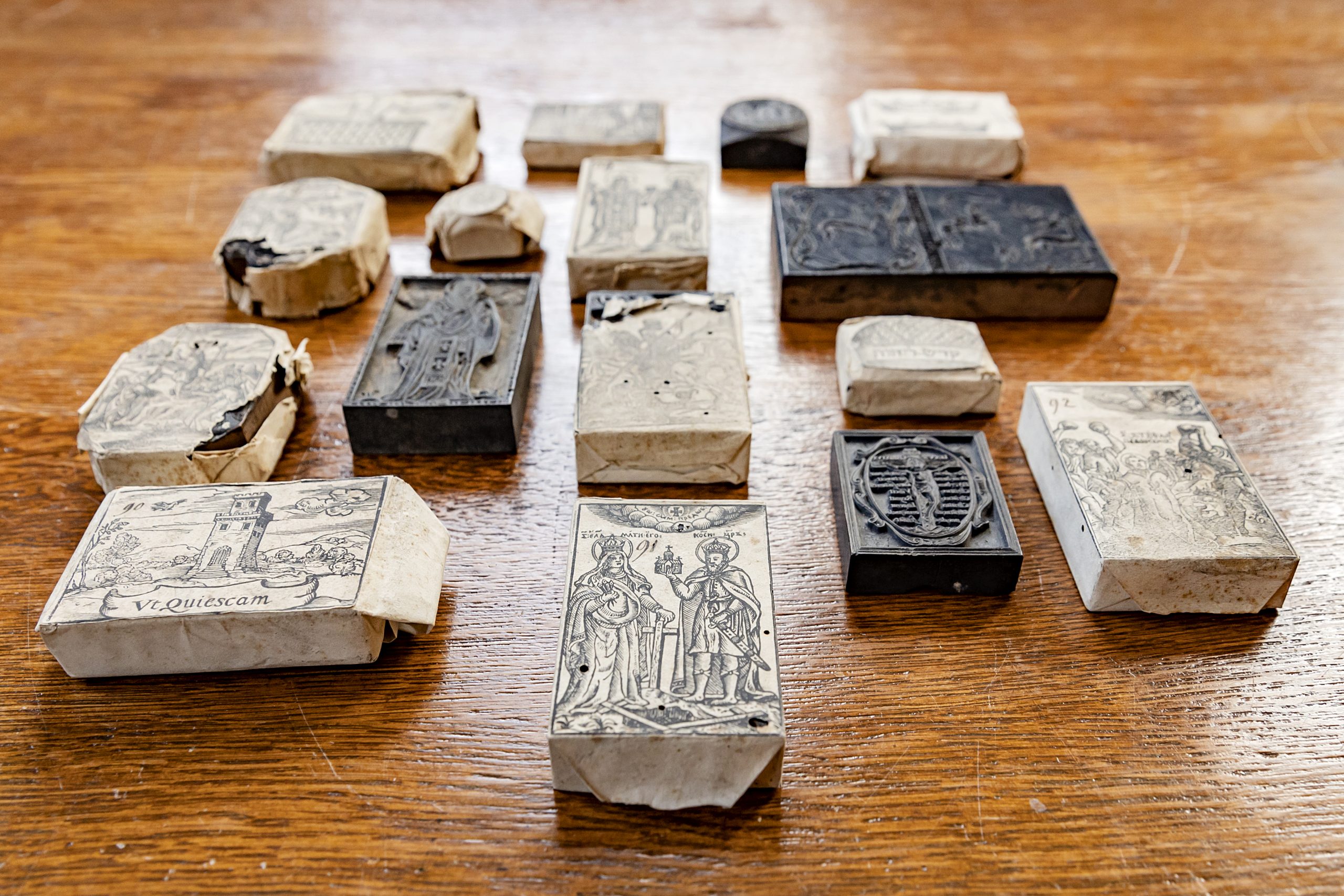 The 9 millionth volume recently acquired by the University Libraries at UNC-Chapel Hill isn’t a book. It’s a collection of approximately 900 woodcut printing blocks from the Propaganda Fide press, dating from 1625 to 1850. The blocks’ role as printing technology, and in global history, makes them valuable to research in many fields, and also a tribute to books and bookmaking.

The Sacra Congregatio de Propaganda Fide (“Sacred Congregation for the Propagation of the Faith”) is a college of the Catholic church, now known as the Congregation for the Evangelization of Peoples. To aid in the church’s mission to spread the faith throughout the world, it established its own press in 1622. The press produced materials in various languages, including guides for priests trying to learn a new language and publications that communicated Catholicism’s tenets.

The collection contains blocks in many languages, with a heavy concentration in East Asian and Middle Eastern languages, Slavic, Greek, and other global languages.

Elizabeth Ott, Frank Borden Hanes Curator of Rare Books at the Wilson Special Collections Library, said she expects these objects to benefit many scholars. “From an art historical perspective, they have a lot of value. If you’re studying iconography in books, if you’re studying the production of images, if you just want to know how woodcuts were used to produce illustrations or art prints, you can find out from these objects,” she said.

“It’s also a collection of great value to people who are studying how religion has been taught and disseminated,” said Ott. “Religious conversion was a major driving force for the study of languages in Europe. European knowledge of other cultures was made possible, in part, by the production of religious texts in various languages.” 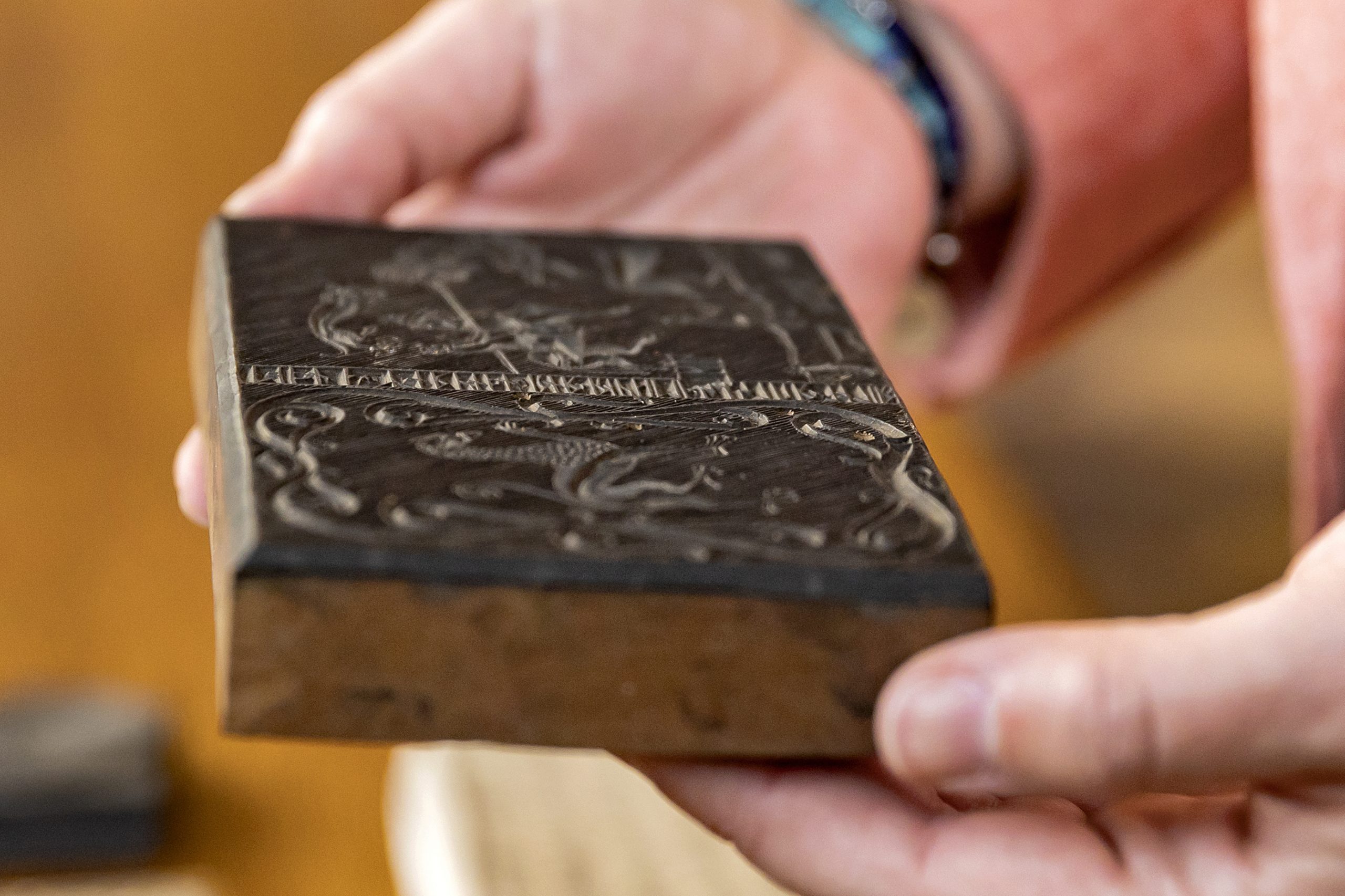 The blocks were purchased with funding from the John Wesley and Anna Hodgin Hanes Foundation and the Whittaker Library Foundation. The Hanes family’s commitment to Carolina’s libraries began in 1929, when it gave the gift that first established the Rare Book Collection. Through its foundation, it has since given every milestone millionth volume to the Library. Officials believe the tradition is unique among research libraries.

The Whitaker Library Fund, established in 1960, has helped to extend the University Libraries’ holdings of English and American literature, as well as continental European books and manuscripts.

“The millionth volume tradition is not just about celebrating the Library,” said María R. Estorino, associate University librarian for special collections and director of Wilson Library. “It is about our commitment to making the creation and transmission of knowledge in so many forms accessible to the residents of North Carolina. That this commitment is shared by the Hanes and Whitaker families demonstrates the power and impact of philanthropic partnerships.” 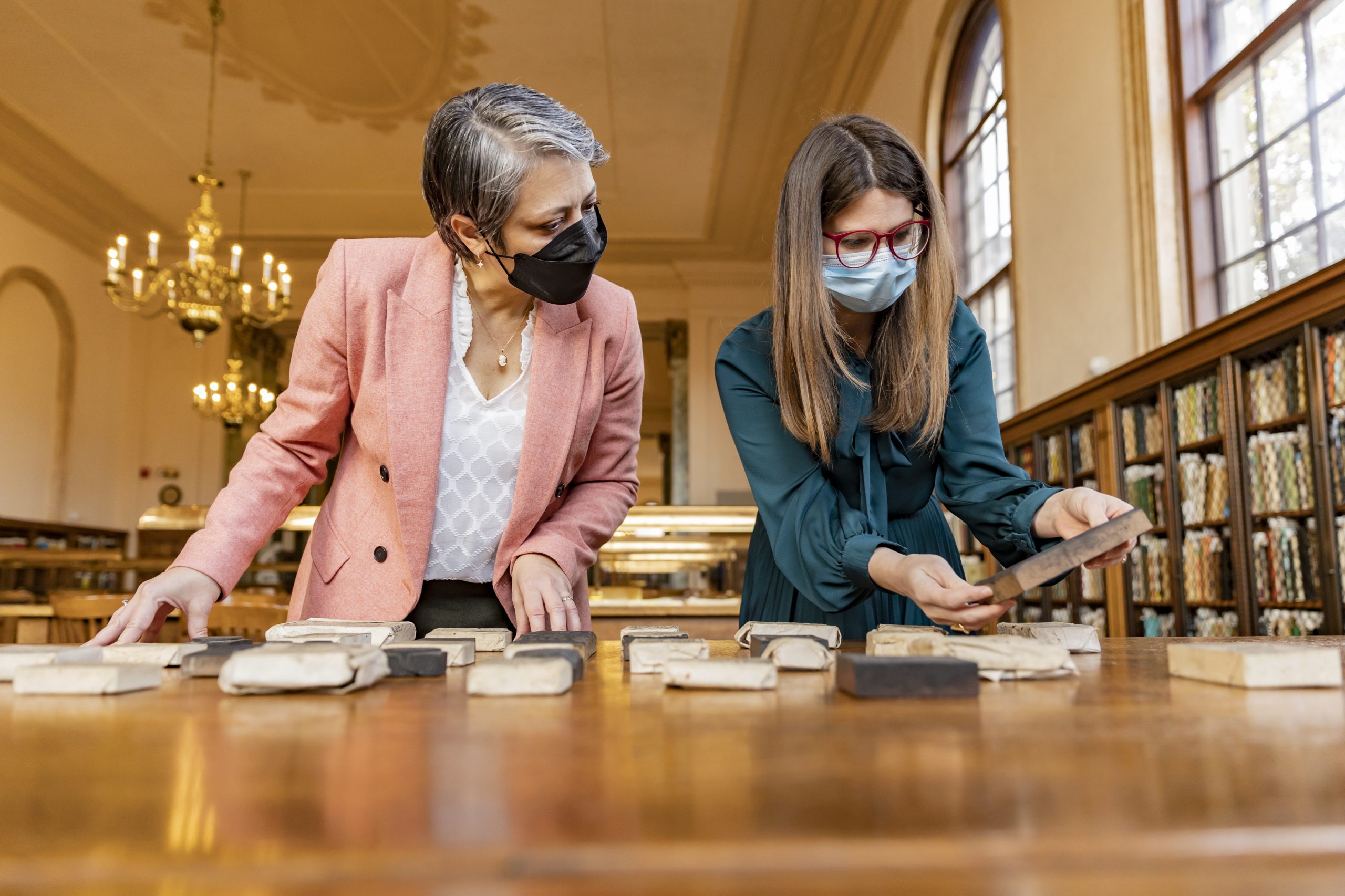 The blocks are in various sizes and shapes, Ott said. Some are long and skinny. Some are the size of an 11” x 17” poster. All are .918 inches thick – a standard measurement called “height to paper” that allows for a piece of paper to be pressed flat against the blocks during the printing process.

They are wrapped in “printer’s waste,” a term for spare paper containing mistakes or overruns. These wrappings provide clues to the time and circumstances in which they were created. “There’s an archive within the archive that is the printer’s waste,” Ott said. “There are a lot of layers and depth to this collection.”

The original Hanes endowment to the University charged the Library with studying the origin and development of the book, Ott said. “We are a major research university, and we support all the different kinds of research that go on at UNC,” she said. “But we have this foundational mission to study the origin and development of the book. The Propaganda Fide collection speaks powerfully to where we have been and where we are going. It teaches us how information circulated during a historical period when books were the major technology by which people communicated ideas.”

The collection also calls to mind the interconnected nature of our world, even during an era when we think of people as culturally isolated. “Traditionally, when we have studied European history, we have studied it in isolation,” Ott said. “But so many of these countries — Spain, Italy, France, England and the Netherlands– they were going around the world and creating colonies that funneled money and resources back into Europe, and that enabled so much of what we think of as European history. This collection shows us one aspect of how that worked, and how ambitious a project colonialism was. This collection allows us to see how even our most historic collections are also a global research collection.”