Due to changes in the University’s operations in light of COVID-19, we regret to announce that this exhibition is temporarily closed.

The new exhibition in Wilson Library examines the historical role of science in creating concepts of race. 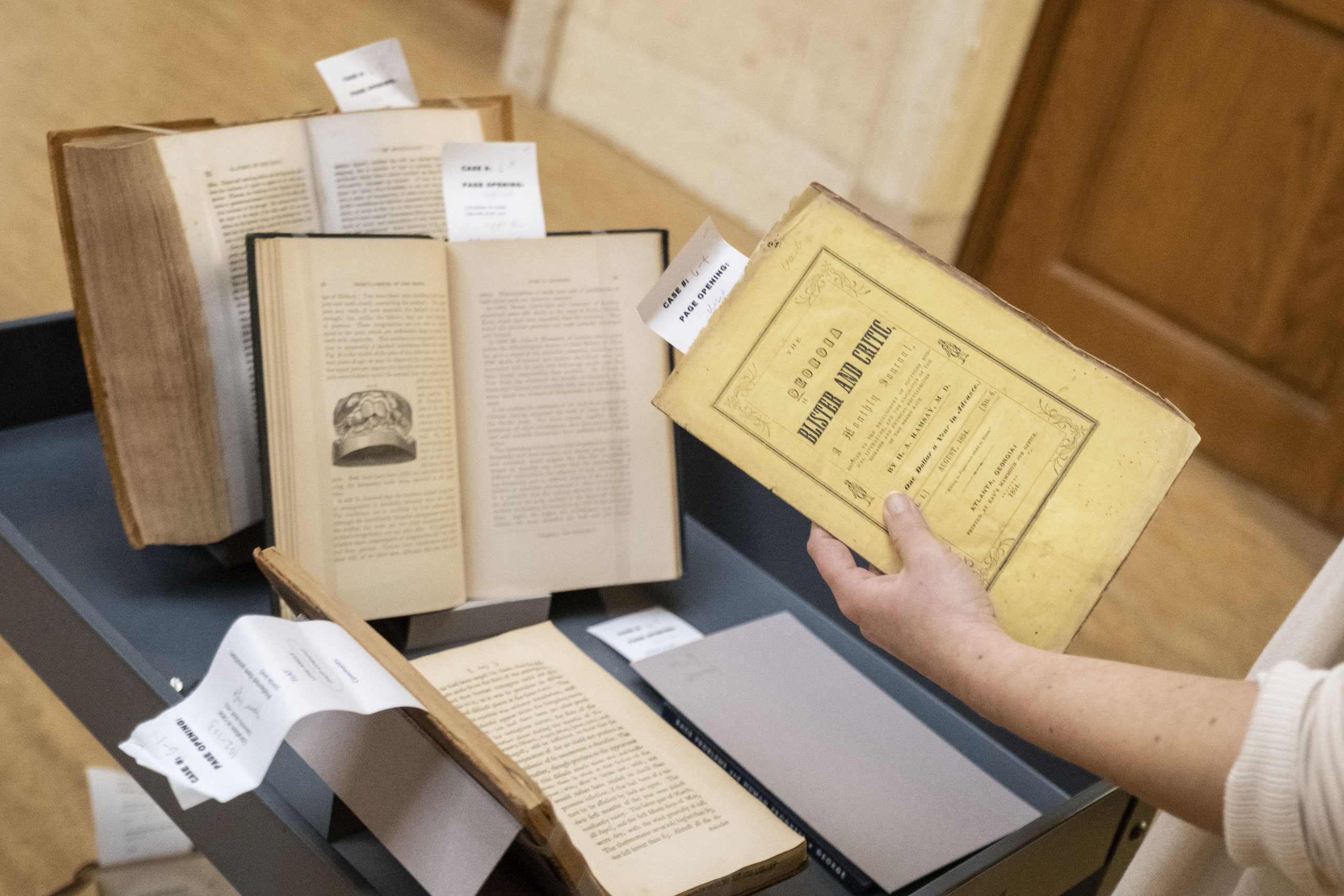 “Race Deconstructed: Science and the Making of Difference” looks at how race has been defined, by scientists as well as popular culture, over the centuries and how those definitions affected how people lived their lives. (Jon Gardiner/UNC-Chapel Hill)

Fill out a government form and you’ll be asked to choose one of these race categories: white, black, Native American/Alaska Native or Asian. But who came up with these terms and what do they really mean?

A new University Libraries exhibition traces the scientific view of race through the ages, from Hippocrates to 1988’s Mitochondrial Eve on the cover of Newsweek. Two years in the making, “Race Deconstructed: Science and the Making of Difference” opens Feb. 13 at the Wilson Special Collections Library. It will continue through April 19.

“We wanted to present an exhibition that would highlight the research value of Wilson Library’s superb history of medicine collections. Scientific concepts of race abound across the centuries and across many disciplines,” said Elizabeth Ott, curator of rare books.

A panel of faculty advisers consulted on the narrative, selections and explanatory text. They included Claude Clegg, Lyle Jones Distinguished Professor in the African, African American and diaspora studies department; Raul Necochea, associate professor of social medicine and adjunct associate professor of history; and Arwin Smallwood, professor and chair of the history department at North Carolina Agricultural and Technical State University in Greensboro. 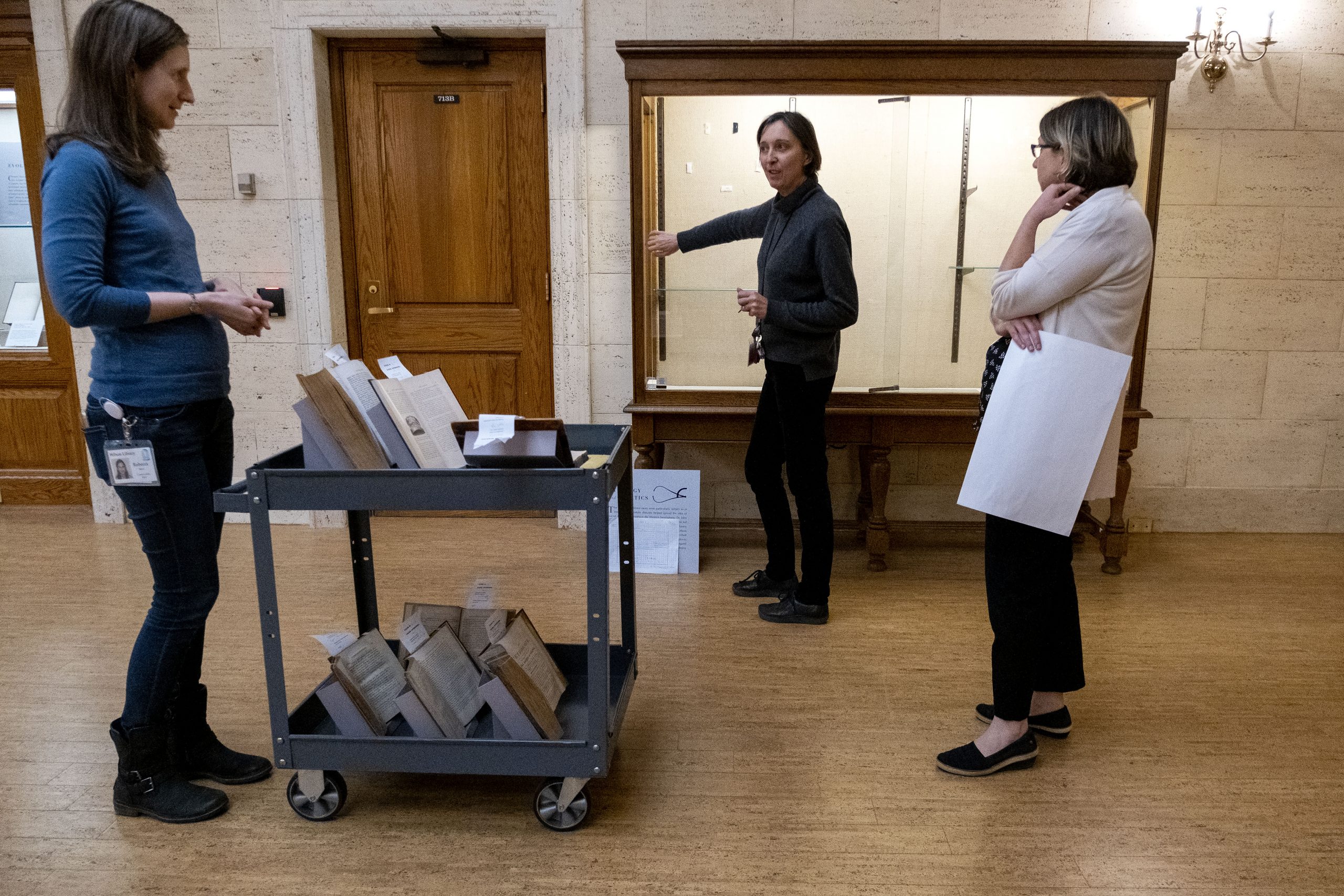 While “science” is in the title, the display is not meant to be an impartial, evidence-based study of the topic. Instead it looks at how race has been defined, by scientists as well as popular culture, over the centuries and how those definitions affected how people lived their lives.

The exhibition occupies 11 glass-enclosed cases in the Melba Remig Saltarelli Exhibit Room of Wilson Library. Each case has its own theme, explained Lucas, including evolution, eugenics, comparative anthropology and America and the making of race.

One of the oldest items on display is a 1526 printing of works by the ancient Greek physician Hippocrates. It includes his treatise “Airs, Waters and Places,” from the 5th or 4th century BC. It is considered to be the basis for a theory that racial differences developed in relation to climate.

The newest is the Jan. 11, 1988, cover of Newsweek magazine illustrating the concept of humanity’s common ancestors as a modern-looking African American couple in the Garden of Eden. Other highlights include Thomas Jefferson’s views on race in his popular “Notes on the State of Virginia” and passages from Mark Twain’s “Huckleberry Finn.”

The visitor will read descriptions of painful parts of North Carolina’s past, like a eugenics program that sterilized 7,600 people — many of them African American women — between 1929 and 1974.

“The surprising thing about those materials was that people at the time were saying what a wonderful program this was. Eugenics wasn’t presented as an underhanded thing, but as an advancement for society,” Lucas said.

Many of the texts and images on view are so painful, difficult and even shocking to look at that the curatorial team opted to include a content warning at the exhibition entrance to prepare viewers, Ott and Lucas said.

“We tried to strike a balance between meaningfully engaging in the topic, while not gratuitously dwelling on imagery that is dehumanizing and disturbing,” said Ott. “We expect students, faculty and visitors to be affected by the exhibition. We knew we had a responsibility to engage them thoughtfully and sensitively.” 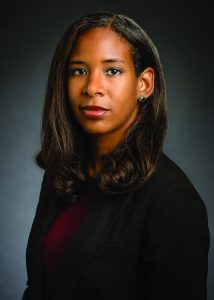 The keynote speaker for the exhibition’s opening night was Rana Hogarth, assistant professor of history at the University of Illinois, Urbana-Champaign, and author of “Medicalizing Blackness: Making Racial Difference in the Atlantic World, 1780-1840.”

Lucas met Hogarth at a conference. Remembering the topic of Hogarth’s book, published by UNC Press, when the new exhibition was being discussed, Lucas thought Hogarth’s expertise made her the perfect person to start the conversation. Hogarth additionally served on the team of faculty advisers for the exhibition.

After a reception and exhibition viewing at 5 p.m. Feb. 13, Hogarth spoke on the topic “(De)Constructing Difference: Medicalizing Blackness and the Making of Race” at 5:30 p.m. in the Pleasants Room in Wilson Library.

The exhibition is free and open to the public. It will close April 19. A printed catalog will be available after it closes.

Original story written by Susan Hudson for The Well