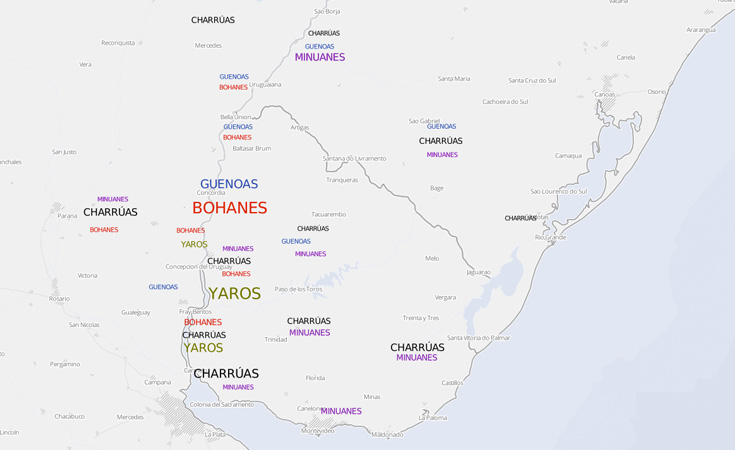 With some assistance from GIS Librarians, humanities scholar Jeff Erbig created this map, which “demonstrates the purported locations of autonomous native communities in the Río de la Plata during the eighteenth century. Native peoples are plotted according to their ascribed ethnonym and the geographic area where a scholar or series of scholars suggested that they lived. Label weights correspond with the number of authors that made a particular claim” (jeffereyerbig.com). Additional HGIS maps available in “Borderline Offerings: Tolderías and Mapmakers in the Eighteenth-Century Río de la Plata”.