The SFC currently holds over 50,000 unique audio recordings and 6,500 video recordings. The work currently underway through the Extending the Reach of Southern Audiovisual Sources: Expansion grant focuses directly on these items, with particular attention paid to increasingly at-risk formats, whether due to obsolescence, deterioration, or a combination of the two.

As of Spring 2018, roughly 40% of the audio and 17% of the video recordings in the collection have been digitized, preserved and made available online. 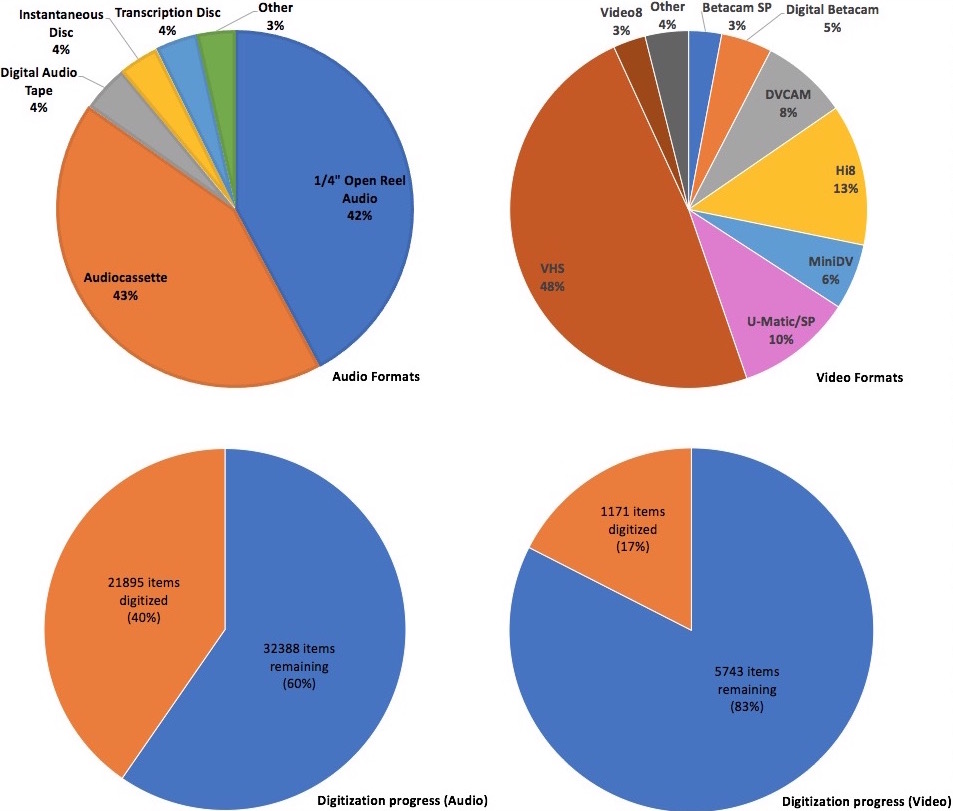 Film materials at the SFC

While film materials have not been a primary focus of our efforts, the project team has successfully identified, described, and re-housed roughly 2 million feet of film, the majority of which has been transferred to a cool storage environment offsite.