Skip navigation
Here’s what to know about campus libraries for spring 2021.
Home › Past Exhibit › The Truth in Eight-Point Type: The Daily Tar Heel Celebrates 125 Years of Editorial Freedom

Posted on October 25, 2019 by Rachel Reynolds Posted in

On February 23, 1893, the first issue of the Tar Heel was published. Nearly 150 editors and 20,000 editions later, the Daily Tar Heel continues to report news of the campus, the state, and beyond.

During its 125-year history, the student newspaper has tackled such subjects as hazing, athletic department scandals, and freedom of speech. The paper itself has drawn both praise and criticism for its handling of controversial subjects.

The Daily Tar Heel’s commitment to professional journalistic standards and freedom of the press has earned it a reputation as one of the best college newspapers in the nation. This exhibition highlighted some of the paper’s greatest challenges to editorial freedom. 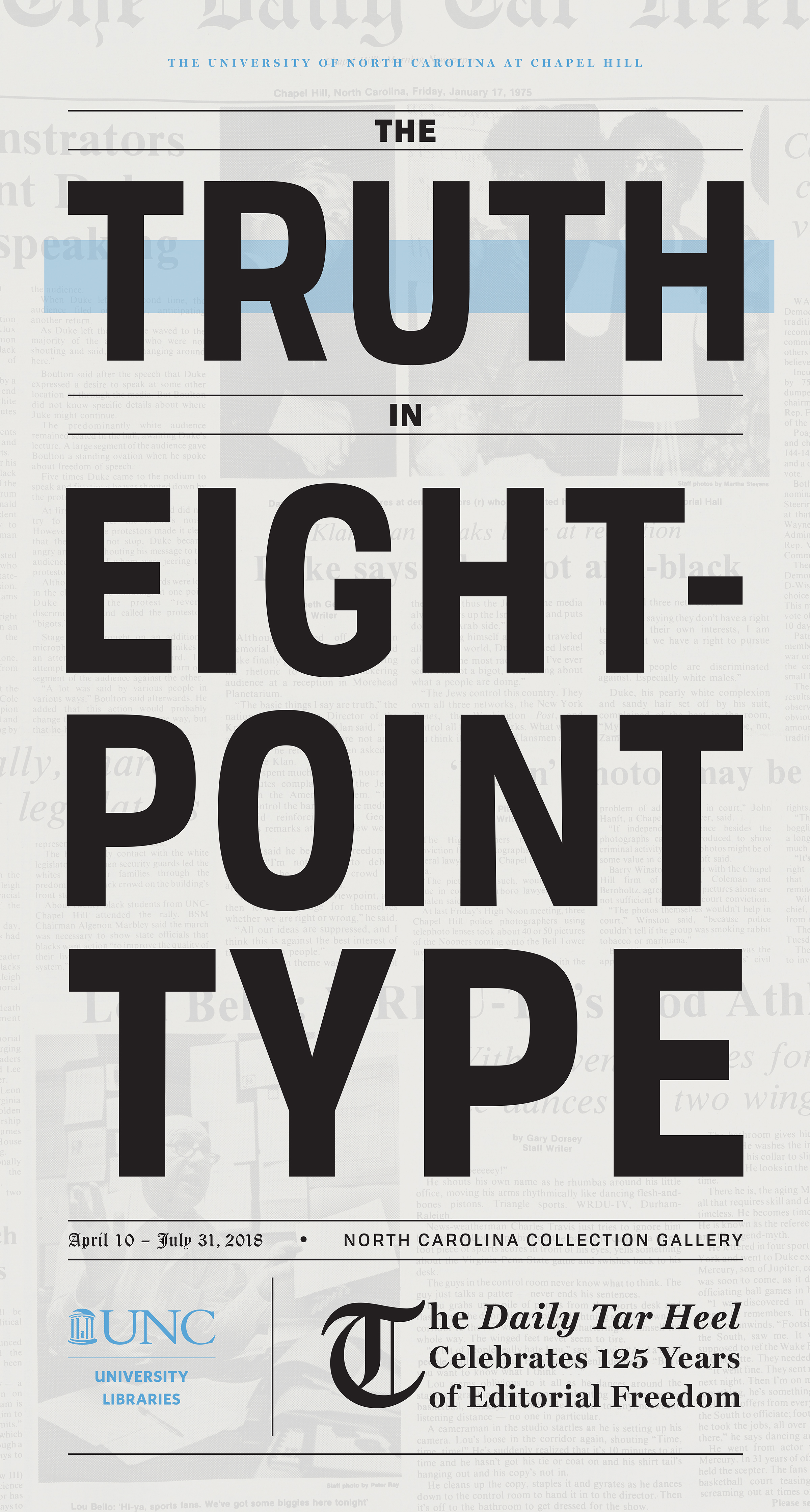