Skip navigation
Home › Past Exhibit › Rooms of Wonder: From Wunderkammer to Museum, 1565-1865

Posted on October 25, 2019 by Rachel Reynolds Posted in

Rooms of Wonder: From Wunderkammer to Museum, 1565-1865 explored the history of collecting and its role in the making of knowledge from the Renaissance through the mid-nineteenth century. In Wunderkammers, or “rooms of wonder”—also known as cabinets of curiosities—the learned and noble of centuries past collected and displayed objects of fascination, man-made and natural. In their quest for knowledge, they gathered shells and corals, minerals and gems, relics, scientific instruments, plant and animal specimens, and much more—often displaying them in densely packed rooms. Such assemblages were precursors to the first art and science museums in Europe and the United States.

The rare volumes on view are primarily collection catalogs with elaborate illustrations of the rooms, the objects, and their collectors. Also showcased in this exhibition were items from the Rare Book Collection’s own “Curiosities Cabinet.” These include a cuneiform clay cone and tablets from ancient Babylonia; an Egyptian papyrus roll; a Zulu beadwork love letter from South Africa; and a Quipu, an Inca record-keeping device consisting of intricately knotted threads. 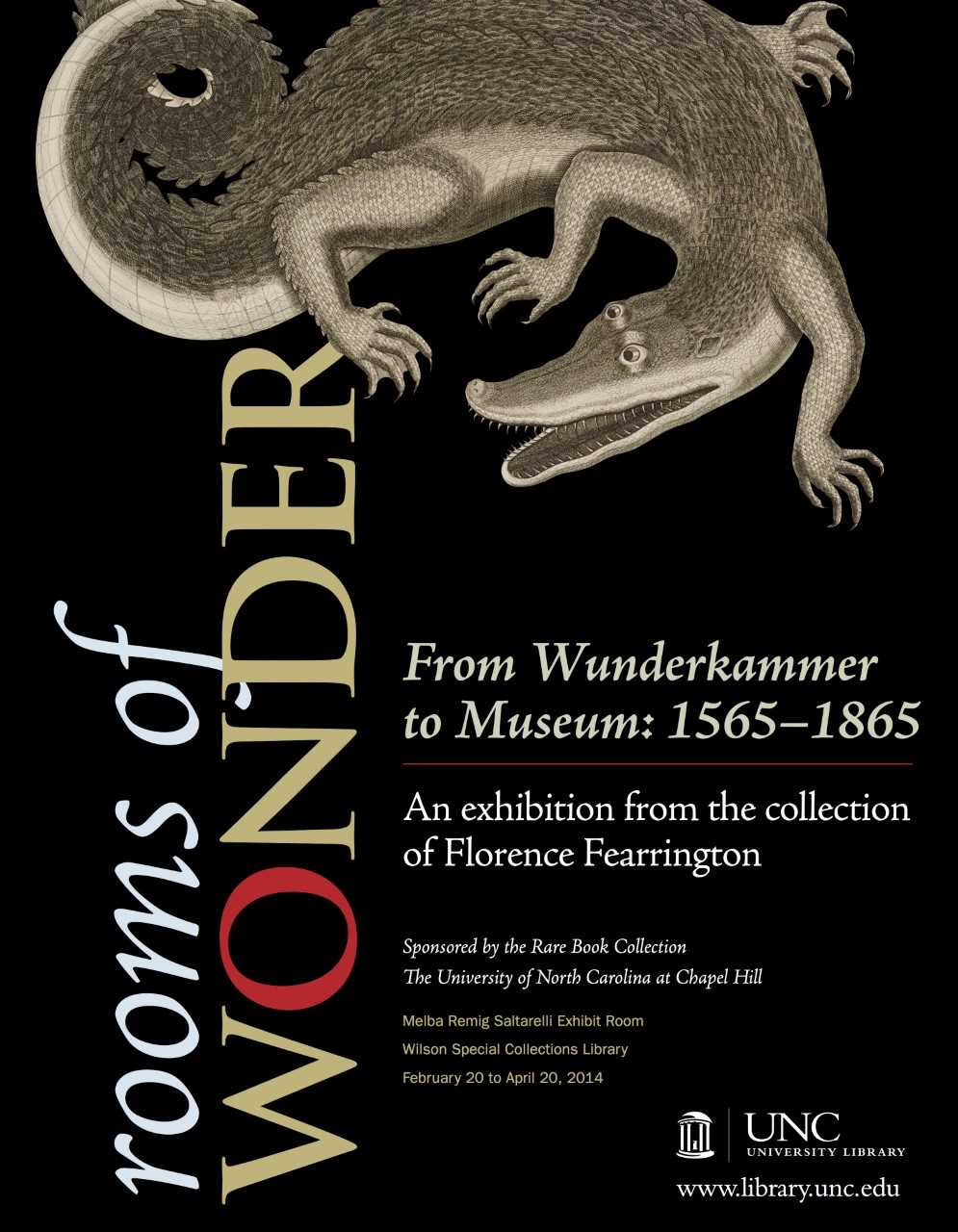