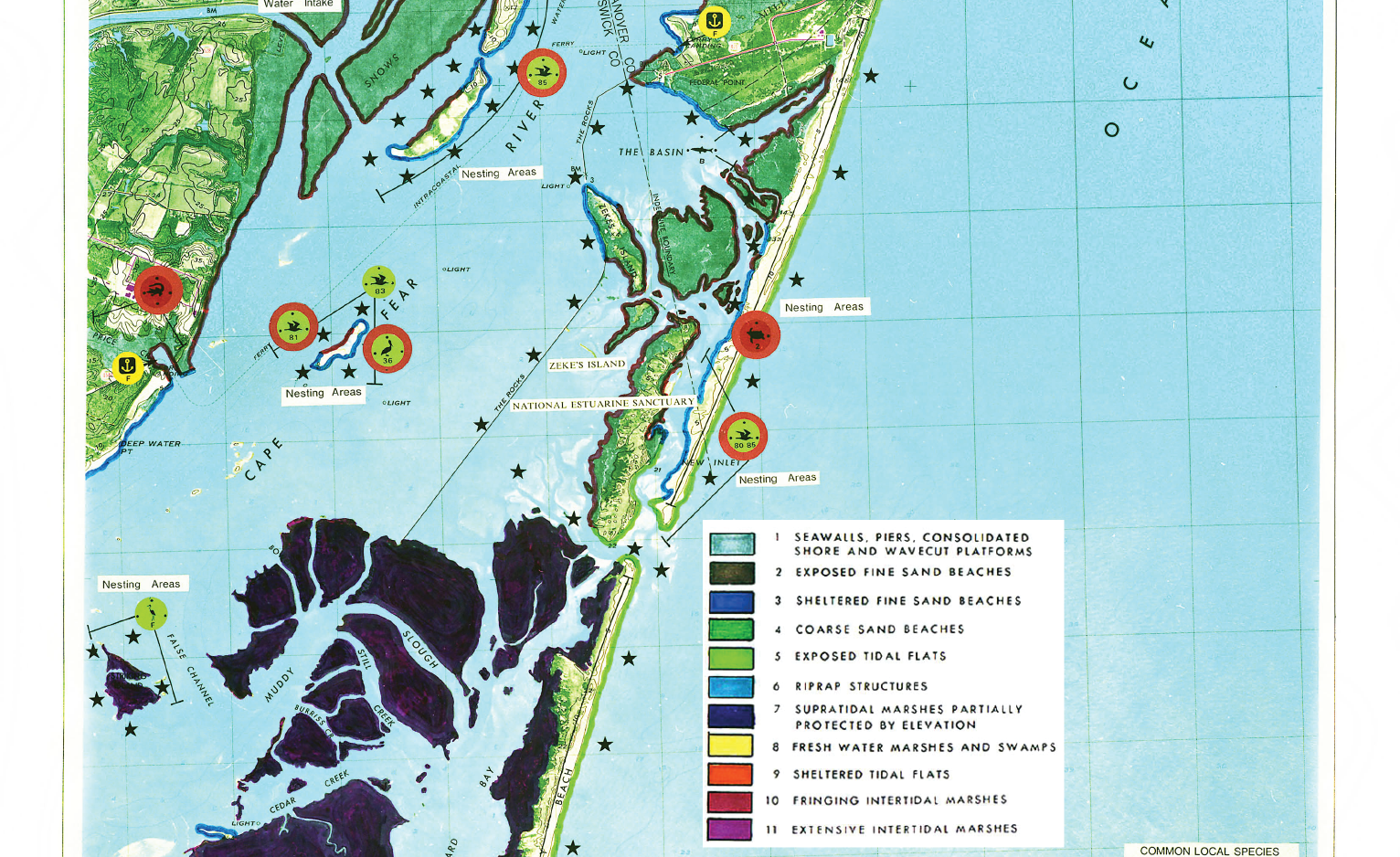 Doctoral student Jordan Branham is studying how the Coastal Barrier Resources Act of 1982 (CBRA) has impacted shoreline development, as a part of an NSF-funded project spearheaded by Drs. Todd BenDor, Nikhil Kaza, and David Salvesen. In order to study the impact of CBRA on coastal areas, hand-drawn maps detailing the composition of the shoreline prior to 1982 needed to be digitized. Research Assistants and Student Consultants at the Research Hub worked with Branham to digitize shoreline maps of Alabama, Delaware, Florida, North Carolina and Galveston Bay in Texas.

Using geolocated files from 1982, available via the USGS topoView service, Hub staff created maps that allowed Branham to compare shoreline development of coastal areas before and after CBRA was enacted. Staff matched the scale and attributes of the hand-drawn maps with the geolocated files, and utilized photo editing software to ensure their digitization accurately represented the hand-drawn maps’ data. Spatial analytical techniques were then used to compare changes between the newly digitized shorelines from 1982 and existing shoreline data from the National Oceanic and Atmospheric Administration (NOAA).

The Coastal Barrier Resources Act removed federal funding and disaster assistance for a number of coastal areas in order to reduce federal expenditures on development in highly vulnerable areas, and to protect fish and wildlife and other natural resources. This project examines the long-term effects of the withdrawal of federal subsidies on the composition of CBRA-designated coastal areas. “We are interested,” Branham said, “in how CBRA influenced the rate of change in shoreline composition, particularly as it relates to the protection of shorelines. This research provides insights into the role that man-made interventions in shoreline ecosystems have on coastal development, as well as the way in which state and local governments have facilitated development in lieu of federal subsidies.”