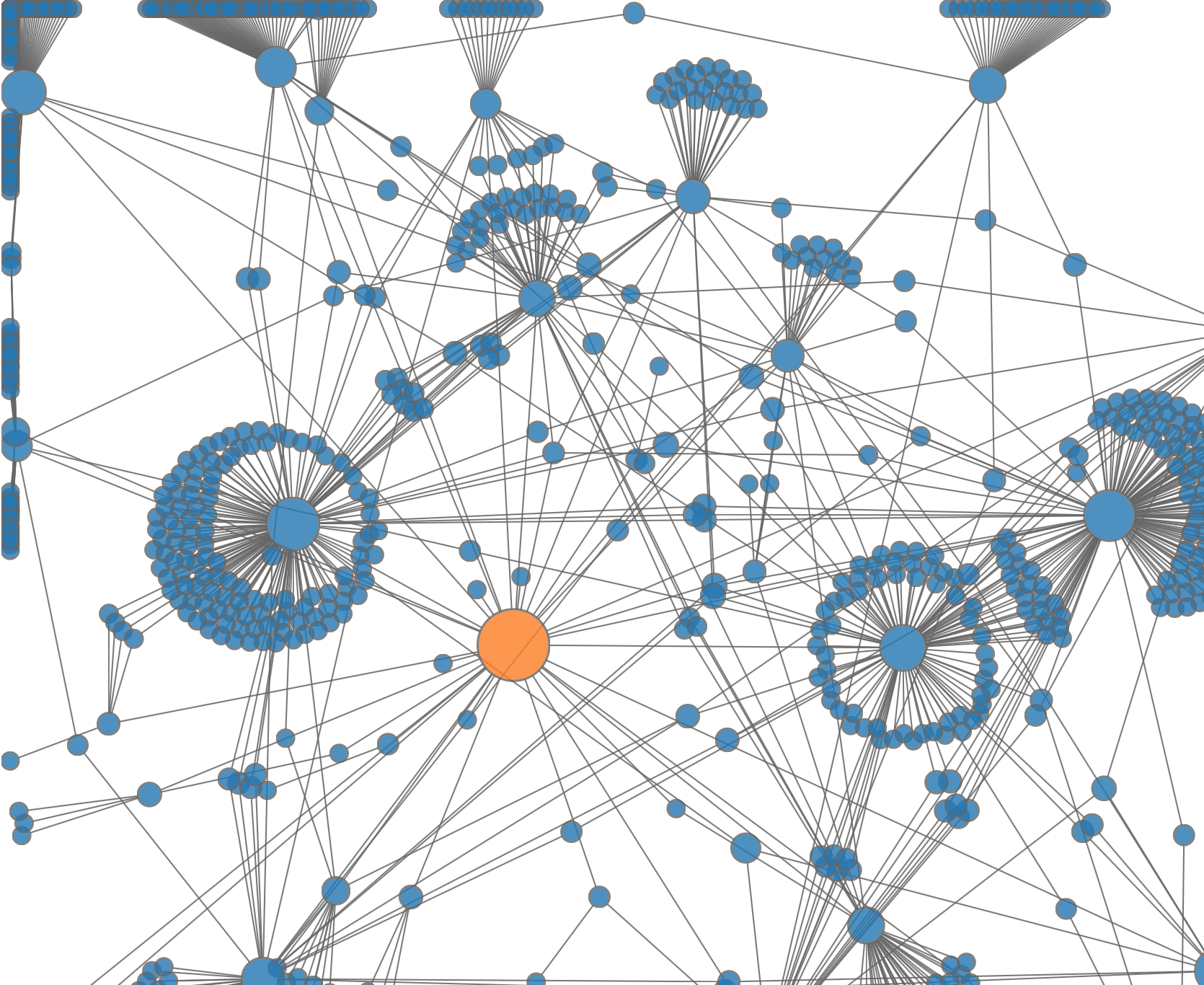 Bibliographic network showing the impact of a single text, Archaeological Perspectives on Ethnicity in America. Afro-American and Asian American Culture History by RL Schuyler, on the field of anthropology since 1980.

How can we visualize someone’s contributions to a field? Can we trace where the field has gone over time? Can we highlight relationships among people and the movement of ideas and research? While developing an article about the impact of RL Schuyler’s Archaeological Perspectives on Ethnicity in America. Afro-American and Asian American Culture History, UNC Anthropology Associate Professor Anna Agbe-Davies was inspired by Linked Jazz to create a visualization that could depict the connections and impact that resulted from Schuyler’s text via citations.

The Research Hub’s Data Visualization Services Librarian assisted by designing and programming the network using R and Python, with UNC Library Data Specialist contributing. Using over 40 years of citations, the final network represents the relationships between Schuyler’s article and subsequent works. The visualization will be a companion piece for Agbe-Davies’ article and allows the viewer to explore, play, interact, and decipher connections between different scholarly works.