“Mr. North Carolina” closes the book after a 40-year career

The North Carolina Collection in the Wilson Special Collections Library holds more than 300,000 books. Robert Anthony, the collection’s curator, can pick out just the one someone needs.

“On many occasions I’ve asked Bob a tough North Carolina-related question,” says John Blythe, collection assistant curator. “He says, ‘Follow me,’ and leads me into the stacks to the publication that answers my question exactly. Bob rarely even needs to check the catalog for the call number.” 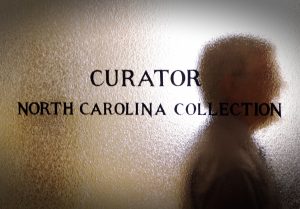 Such is the knowledge of the man who has given 40 years to the storied collection.

“When Bob retires on May 31, the Library, and the entire state of North Carolina, will lose a dedicated, knowledgeable and model state employee,” says Elaine L. Westbrooks, vice provost for University Libraries and University librarian. “Few people are more versed in the history, culture and literature of the state than Bob. He responds to all inquiries with generosity of spirit and gentle humor.”

Anthony has been key in building what is thought to be the nation’s largest library collection devoted to a single state. In his 27 years as curator, it grew from thousands to millions of books, pamphlets, dissertations, journals, postcards, maps, manuscripts, reels of microfilm, photos, newspapers and more. Photos alone grew from about 300,000 to 4.1 million.

Anthony deflects all praise onto his staff: “I have been fortunate to be among really good people, and I find myself trying to keep up with them.”

Yet he has led several key initiatives, chief among them the North Carolina Digital Heritage Center, which digitizes, preserves and shares newspapers, scrapbooks and other items that are held in libraries, museums and other entities around the state.

María Estorino, associate University librarian for special collections, director of Wilson Library and Anthony’s supervisor, says the center is indicative of his service to the state: “Bob is truly committed to the University’s mission as a public university and the ethos that we are ‘of the public, for the public.’”

“The purpose is to focus on how each individual’s personality and leadership style impacted the history of the University,” Anthony says.

He has coordinated exhibitions of the collection’s photographs shown around the state, showcasing the work of legendary North Carolina photographers including Hugh Morton, whose 250,000 images Anthony brought into the Library. He also negotiated with owners of the Durham Herald-Sun to get its photos — about 1.6 million covering 1945-2002.

Anthony is proud that the exhibitions have reached people who may never come to Chapel Hill. “We want the people to know that the collection belongs to them and discover the many ways it is about them, too,” he once told the University Gazette, which dubbed him “Mr. North Carolina.”

“He connected me to North Carolina’s literary elite and many organizations such as the Thomas Wolfe Society and campus figures,” Martin says. “Those connections have been an important help.”

Martin says that when it comes to North Carolina, Anthony knows what’s going on statewide: “He knows the major actors and then, like a maître d’ in a restaurant, he brings us all together for a fine meal. He’s the organizer. He goes all over the state to connect with people.”

Anthony grew up in Hobgood, a town of 600 in Halifax County, the second child of four. His father, the longtime mayor, farmed and ran a service station, where Anthony sometimes worked. His mother taught except when raising children. There was no library, so a summer bookmobile was a welcome sight for a boy who loved to read. In school, he gravitated toward history and English.

It was as a graduate student, in 1979, that Anthony first worked for the North Carolina Collection, then as a reference associate until 1985, when he left briefly for the Charlotte Mecklenburg Library. The very next year he returned to the collection, and in 1994, he become only the fourth curator in its history. 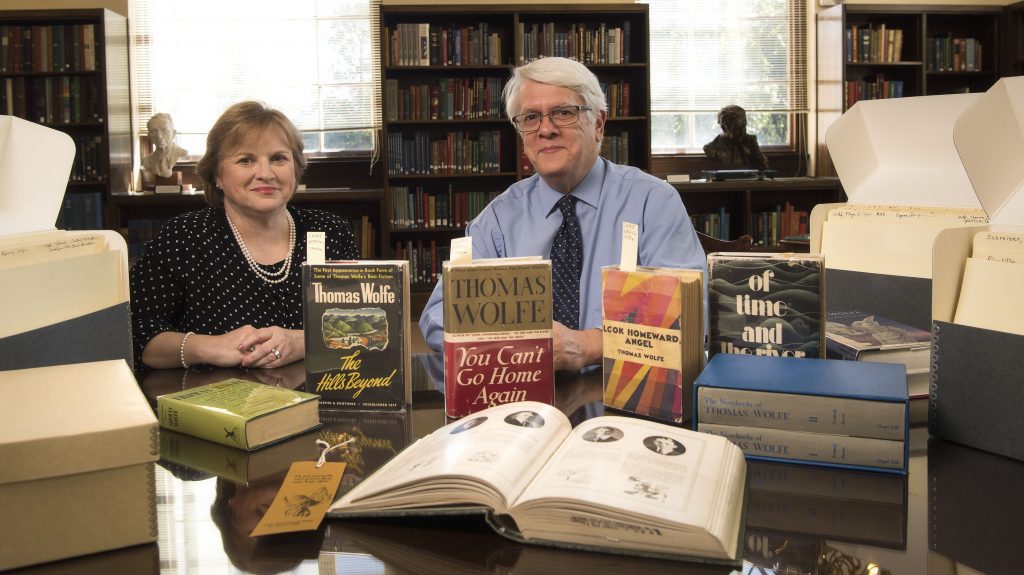 Anthony has been named a distinguished alumnus by the School of Information and Library Science and received the University’s C. Knox Massey Distinguished Service Award in 2019.

Ever humble, Anthony, who plans to read and travel in retirement, wasn’t keen on this profile: “I’d much prefer taking my leave quietly, appreciating the many great experiences and opportunities the Library has given me in my 40 years.”

But his colleagues wouldn’t let him leave without recognition. 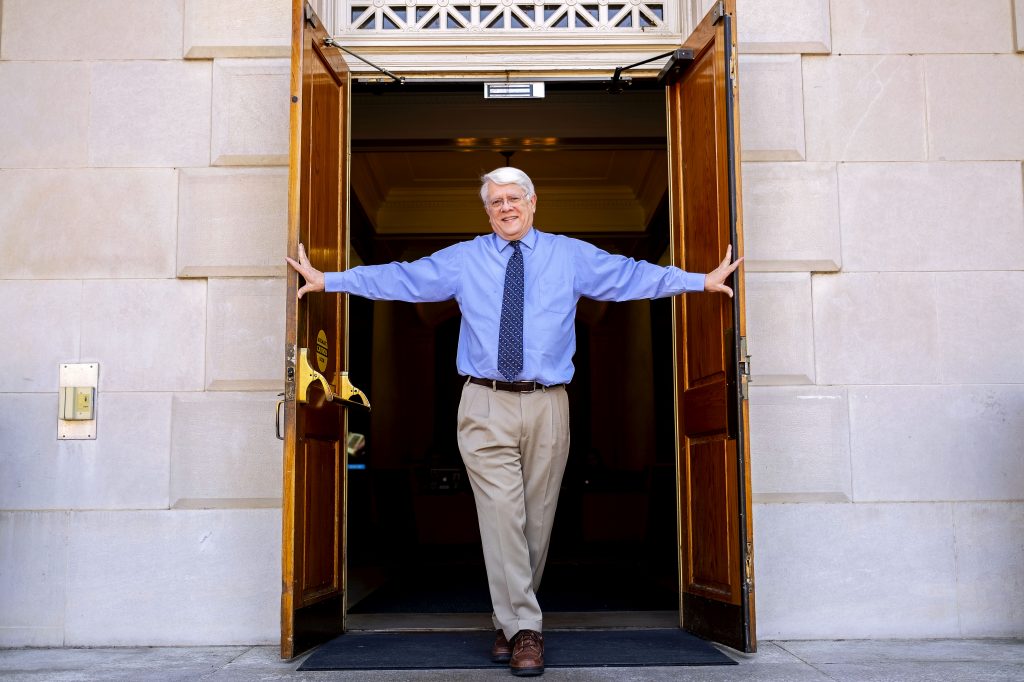 “He treats everyone — co-workers, students, visitors — with empathy and tireless dedication,” Westbrooks says. “Though he is retiring, service to the state is part of Bob’s DNA. North Carolinians will benefit from his knowledge and advocacy for years to come.”

Congratulations and thank you, Bob!

The Comments option has been closed.

32 comments on ““Mr. North Carolina” closes the book after a 40-year career”