UNC Class of 1970 Reunion Weekend: Didn’t We (Blow Your Mind This Time)?

Every May, Wilson Library celebrates UNC’s Graduation Weekend with an open house to show off our collections of vintage yearbooks, photos of UNC campus life, and a soundtrack of music from the 50th anniversary year. This year, we celebrate UNC’s Class of 1970! Sadly, we can’t get together on campus this weekend due to the Covid-19 crisis, so we’ve taken our show online for everyone to enjoy.

For your nostalgic pleasure: 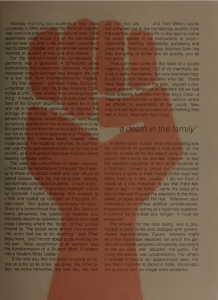 Page from the 1970 Yackety Yack

Browse the 1970 Yackety Yack yearbook and The Daily Tar Heel .

The Black Student Movement published the first issue of Black Ink in November 1969. Read this and other issues online.

We thank the North Carolina Digital Heritage Center (NCDHC) for digitizing these materials and making them available. If you’d like to see more, you can browse all of the digitized UNC Yearbooks. 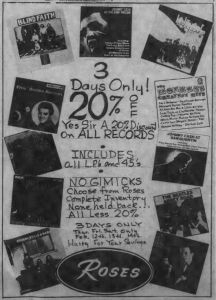 The Spotify playlist was compiled by Steve Weiss and Shaw Lentz of the Southern Folklife Collection and explores a broad swath of music from 1969-1970 including blues, country, folk, funk, jazz, Latin, pop, reggae, rock, soul, and soundtracks.  We recommend listening to it in shuffle mode. 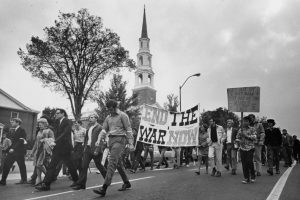 One of the major experiences on campus during the 1969-1970 academic year were student protests against the Vietnam War. This section of the Library’s digital exhibit “I Raise My Hand to Volunteer” includes images and documents from that period.

Learn more about the collections from which our images come in our finding aids. Access the University of North Carolina at Chapel Hill Photographic Laboratory Collection and the Hugh Morton Photographs and Films collection . 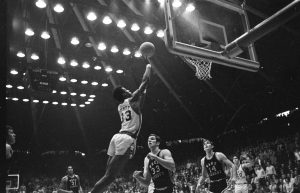 Charles Scott, Class of 1970, attempts a layup during the Tar Heels matchup with the Demon Deacons of Wake Forest in Carmichael Auditorium, January 17, 1970.  Scott dropped a career high 43 points that Saturday afternoon, but the Tar Heels fell to Wake Forest, 91-90.  After two straight ACC titles and NCAA Final Four appearances in 1968 and 1969, the 1970 Tar Heels finished the season with a first-round upset loss in the Atlantic Coast Conference Tournament, and an early exit from the National Invitational Tournament.

Photograph by Hugh Morton and held in the Hugh Morton Photographs and Films #P0081, North Carolina Collection, Wilson Special Collections Library.  Read more in the A View to Hugh blog. 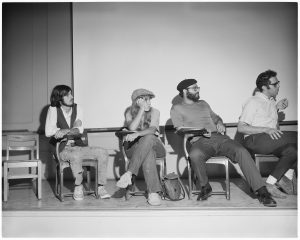 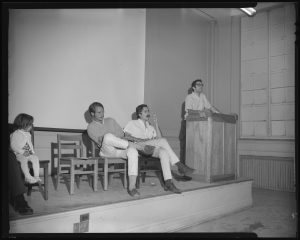 In mid-September 1968, student activists held a four-day “Dis-orientation Week.”  They claimed that the university administration was telling new students “a lot of jive.” A year later, several colleges, including UNC, held “counter-orientations.” The Southern Student Organizing Committee and the New University Conference (organized the previous year for graduate students and faculty members), sponsored the Tar Heel version. The week featured a series of daylong themed presentations and films from September 17 to 23. Topics addressed were racism and black liberation, the working class, Marxism and the U. S., women’s liberation, and the youth movement.  The photographer “Sam” made these images in Murphey Hall on the last day of the event.  Identified in the top image are Mike Tabor, Meg Rose, and Jim Kaham. 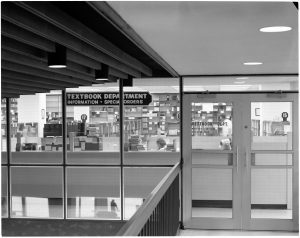 Exterior of the Textbook Department 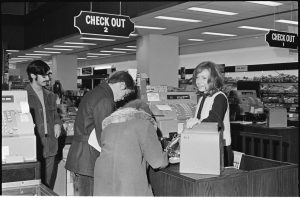 The university dedicated the then recently completed Josephus Daniels Building, home to Student Stores, on University Day, October 12. These photographs by Bob Lock date from 6 November 1969.