Philip McDaniel, GIS librarian, is a recipient of the University’s 2020 Student Undergraduate Staff Award. The award recognizes a staff member’s contributions to the undergraduate experience at Carolina. Nominations are reviewed for demonstrated excellence in service, dedication to undergraduate students and the nominee’s record of positively affecting a broad spectrum of Carolina students. 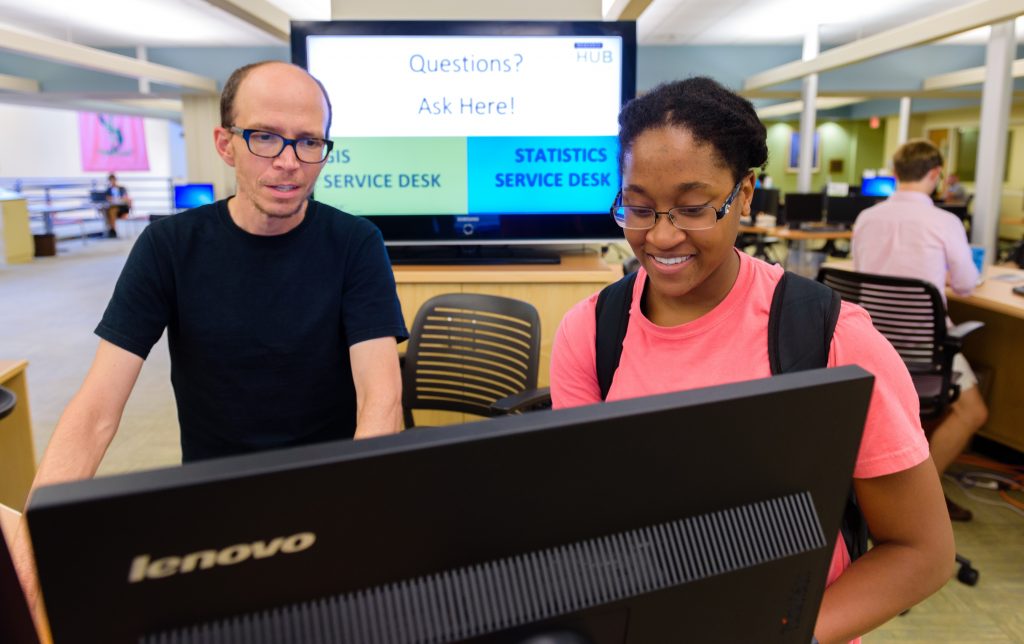 Phil McDaniel helping a student in the Davis Research Hub.

“I consistently receive enthusiastic feedback about Mr. McDaniel,” said Amanda Henley, head of Digital Research Services. “He is highly sought as a teacher, mentor and collaborator. It’s common for the students he assists to win awards. He routinely receives acknowledgments in student papers, including undergraduate and master’s theses, master’s papers and dissertations.”

The student who nominated McDaniel praised his ability to engage in intellectual discussion with students at every level. She also wrote:

Philip McDaniel has taught me more about GIS than any other person in my undergraduate experience. He has always offered assistance in whatever project I am working on. Not only does he assist patrons to the best of his ability, but he displays genuine interest in the success and happiness of the people he interacts with. On a daily basis, Phil asks me how I am doing and how my classes are going so far, and he does so with genuine curiosity and concern. 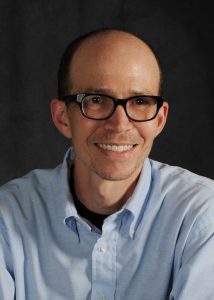 Philip McDaniel, GIS Librarian, at the University of North Carolina at Chapel Hill.

This is McDaniel’s second honor in two years recognizing his service to students: In April 2019, he was inducted into the Frank Porter Graham Honor Society, which recognizes outstanding service to the University and community by graduate and professional students, significant contributions to graduate and professional education by faculty and staff, and demonstrated commitment to the continued legacy of graduate education at Carolina. To be inducted into the Frank Porter Graham Honor Society, McDaniel was nominated by a faculty member and received references from two graduate students and a Library colleague.

“Employees like Mr. McDaniel clearly demonstrate the important role librarians play in ensuring student success,” said Henley. “His excellent interpersonal skills and creative problem-solving ability make him an extremely valuable colleague, and we are fortunate to have him at the University Libraries.”