For 30 years, the Southern Folklife Collection at the Wilson Special Collections Library has been preserving and sharing the sounds and culture of the American South.

Opened in 1989 and centered at first around the John Edwards Memorial Collection, the SFC has grown over three decades into the foremost collection of its kind.

To celebrate this milestone, and in anticipation of another great decade ahead, here are Southern Folklife Collection curator Steve Weiss’s picks for ten amusing, intriguing and interesting collection highlights from the SFC’s first thirty years.

1. Dolly Parton’s first recording. Before she was the queen of country music, Dolly Parton was an aspiring 13-year-old writing and recording her first single. That recording of “Puppy Love” and “Girl Left Alone” is part of the Goldband Recording Corporation Collection at the SFC. Listen and be wowed. 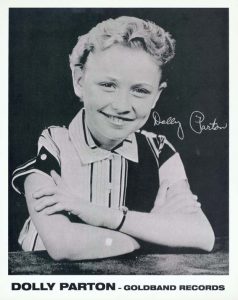 Dolly Parton’s early publicity photos, along with her master tape, are part of the Goldband Recording Corporation Collection at the Southern Folklife Collection.

2. Merge Records collection. In 1989, Chapel Hill musicians Mac McCaughan and Laura Ballance founded both the independent rock band Superchunk and Merge Records. They celebrated their 30th anniversary this year, too! The SFC is now home to the Merge Records Collection. 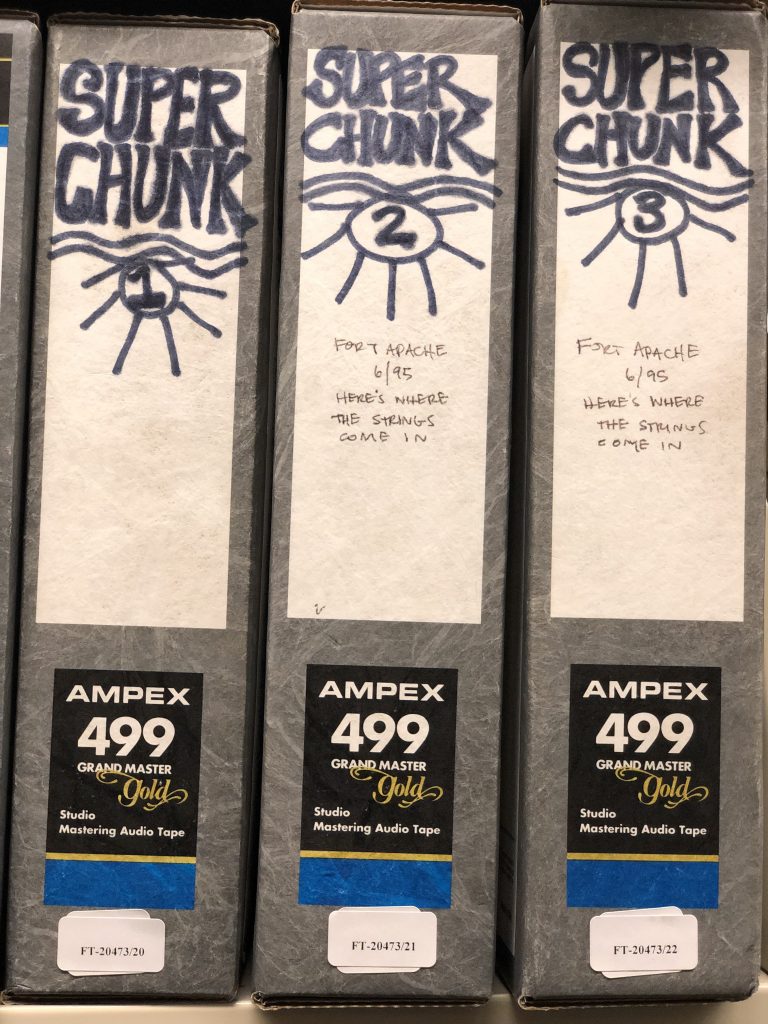 2” multi-track masters for Superchunk’s album “Here’s Where the Strings Come In,” released on Merge Records, September 19, 1995. 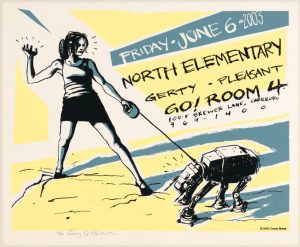 Casey Burns is one of the many Triangle music poster artists whose work is part of the Southern Folklife Collection.

4. Bob Dylan in the Broadside collection. Sis Cunningham and Gordon Friesen established Broadside magazine in the early 1960s to publish topical folk songs by aspiring songwriters like Janis Ian, Phil Ochs and Bob Dylan. Broadside was the first to publish Dylan’s “Blowin’ In the Wind.” From the Broadside Collection, hear Dylan sing “John Brown,” “Only a Hobo” and “Talkin’ Devil.” (Campus access only.) 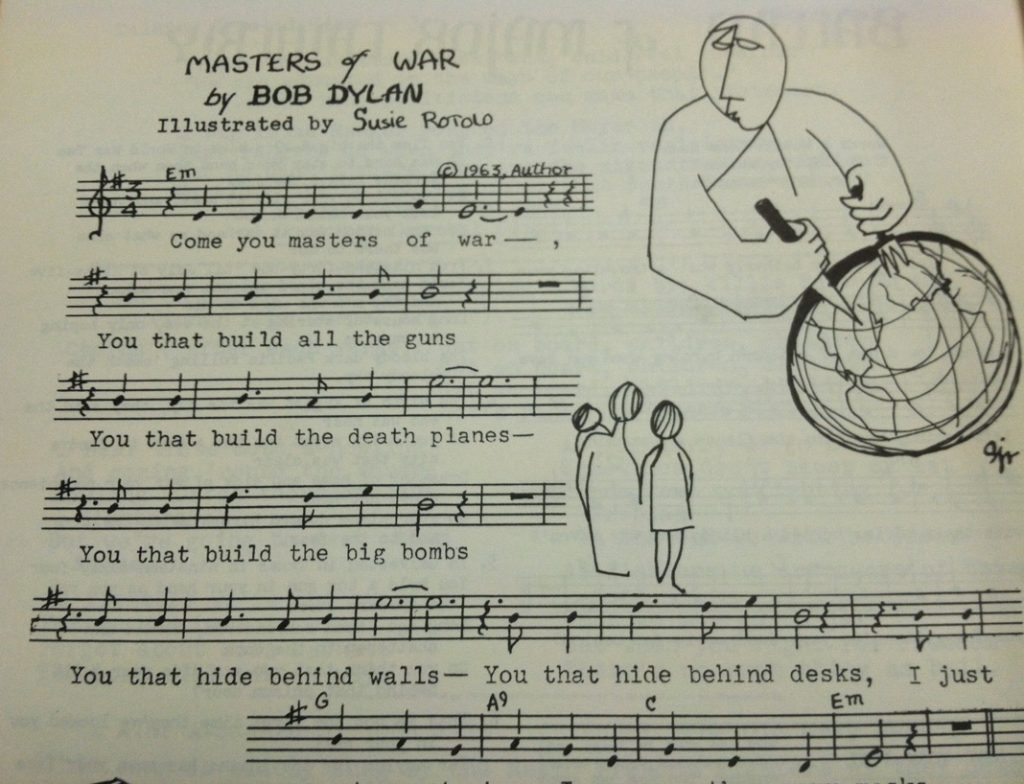 5. Hazel and Alice. Hazel Dickens and Alice Gerrard broke the gender barrier in the 1960s and ’70s with their high lonesome sound. They were widely influential and inspired generations of bluegrass and country performers including Molly Tuttle, the Judds, and Emmylou Harris. Both their personal collections are held in the Southern Folklife Collection. 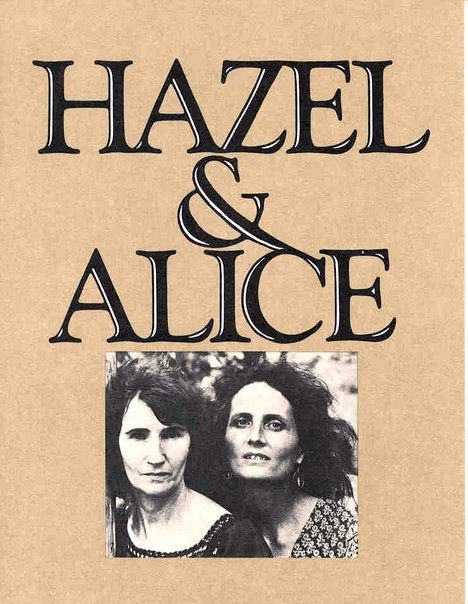 6. Bill Ferris collection. Carolina has only one double-Grammy-winning professor. Photographs, papers, and audio and video recordings of Ferris’ extensive documentation of Southern art, culture, music and literature are all part of the SFC’s William R. Ferris Collection. Learn more about the award-winning collaboration between Ferris and the SFC from the University Gazette. 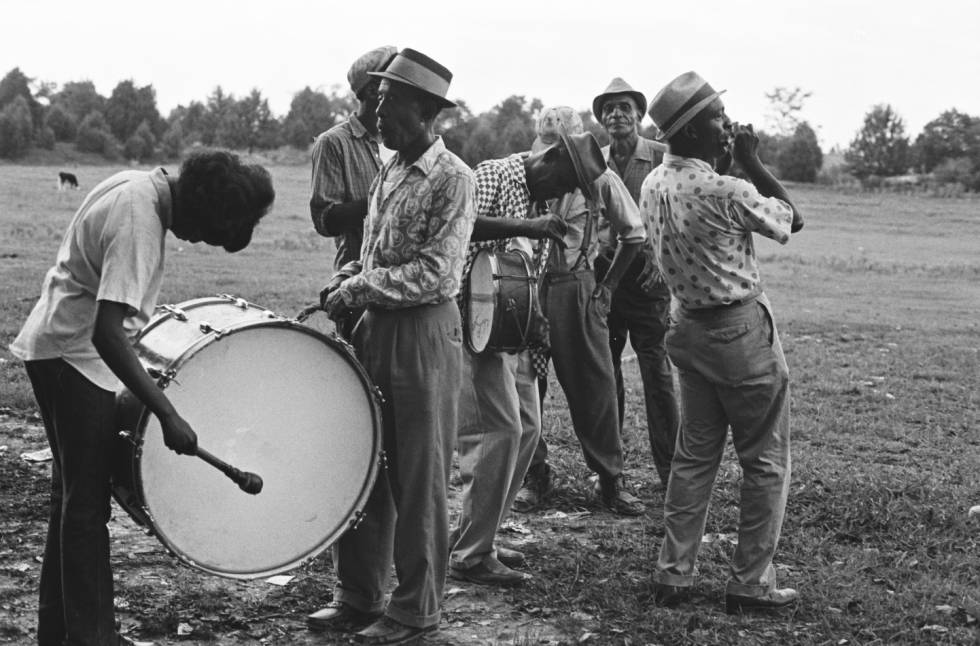 The recordings, video and photographs of Grammy-winning folklorist Bill Ferris are part of the Southern Folklife Collection. Photo of fife and drum musicians Bernice Turner, Othar Turner, Napoleon Strickland at a picnic in Gravel Springs, Mississippi. 1970.

7. Guy Carawan’s banjo head. “We Shall Overcome” was introduced to the civil rights movement thanks to the late musician, folklorist and activist Guy Carawan, who taught the little-known folk song to members of the Student Nonviolent Coordinating Committee in Raleigh in 1960 and helped spread “Eyes on the Prize” throughout the South. It’s fitting that the signatures of leaders including Martin Luther King, Rosa Parks and Mahalia Jackson adorn Carawan’s banjo head in the Guy and Candie Carawan Collection. 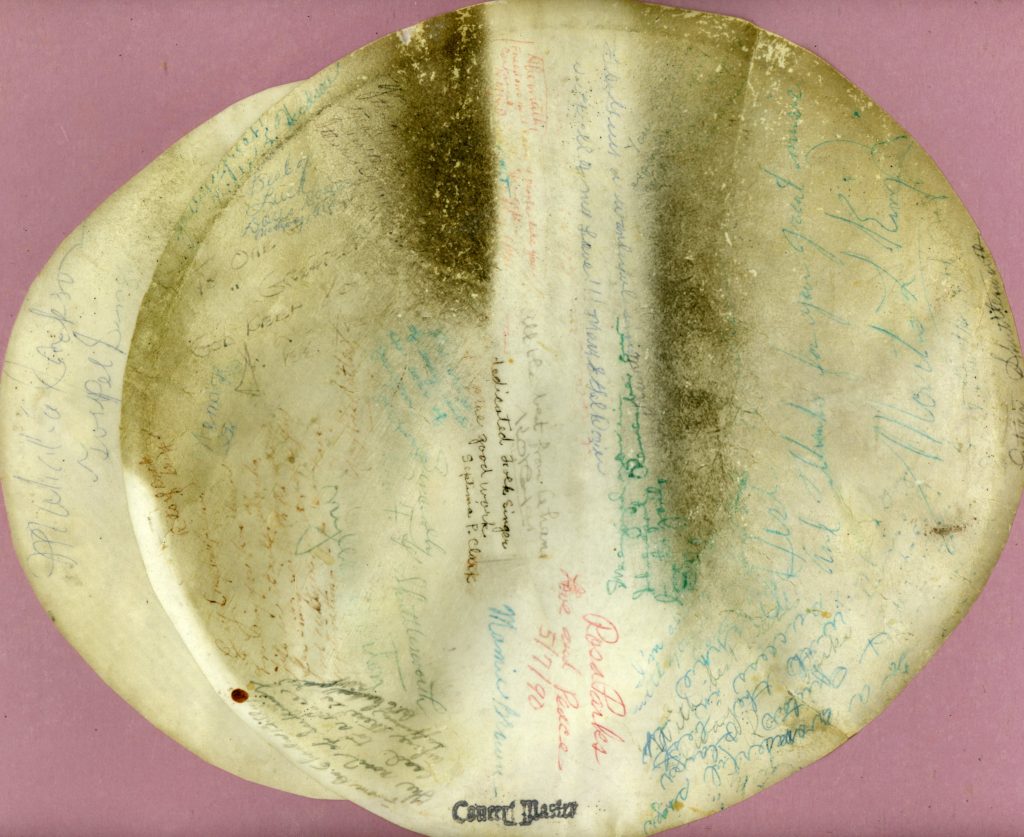 8. Zilphia Horton singing “We Will Overcome.” Before Guy Carawan sang “We Shall Overcome,“ it circulated as “We Will Overcome,” sung on the picket lines during a 1945 tobacco workers’ strike in Charleston, South Carolina, by Lucille Simmons, who changed the words from Charles Albert Tindley’s gospel hymn “I’ll Overcome Some Day” to “We Will Overcome.” Zilphia Horton, cultural director at the Highlander Folk School and wife of school founder Myles Horton, taught it to Pete Seeger, who changed “We Will” to “We Shall.” The Highlander Research and Education Center Collection includes this recording of Horton singing the song during a school workshop.

9. Elizabeth “Libba” Cotten. Guitarist, singer and songwriter Elizabeth Cotten is one of the greatest musicians to come from North Carolina. She grew up in a community that is now part of Carrboro, hearing the trains that inspired her classic American folk song “Freight Train.” The Mike Seeger Collection contains the master tapes for her three records on Smithsonian Folkways as well as unreleased live concert recordings, interviews, photographs and correspondence. 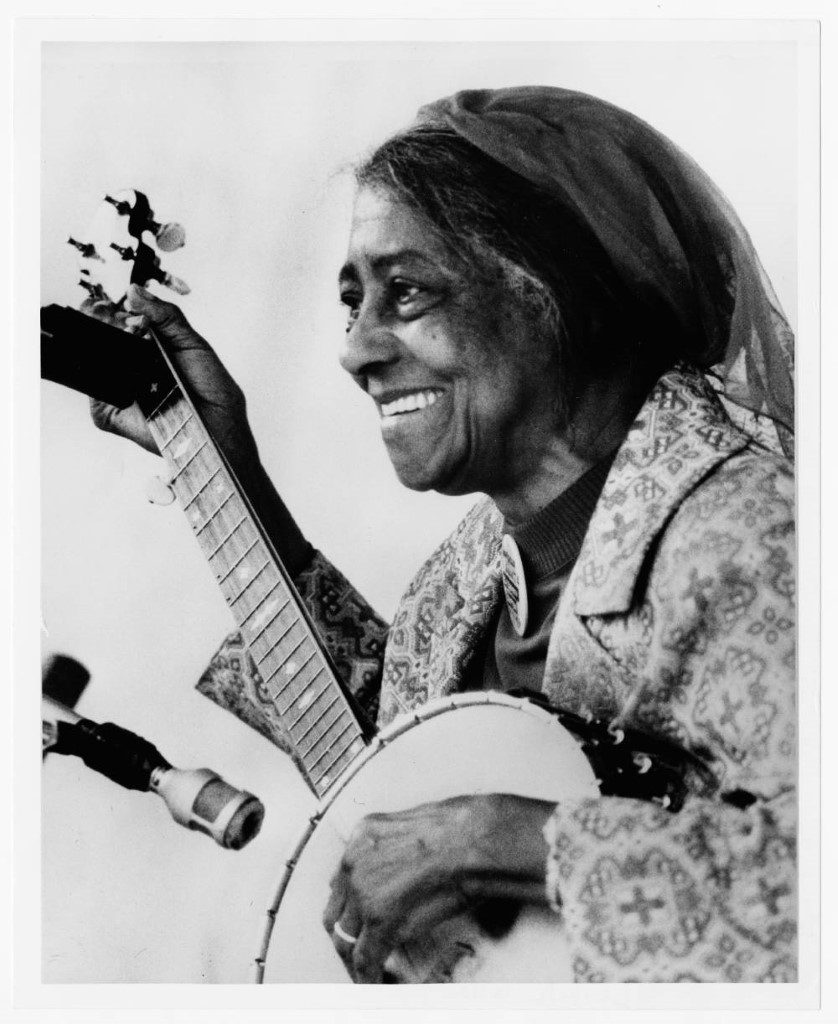 10. Andy Griffith’s guitar. Entertainment icon Andy Griffith ’49 was one of Carolina’s most recognized alumni. In 2005, he donated a collection of his papers and personal items to Wilson Library, including his signature Martin D-18 guitar. The Andy Griffith Papers are part of the Southern Historical Collection at Wilson Library, but the guitar finds a home with other musical memorabilia in the SFC.

Andy Griffith gives an impromptu serenade to attendees at his press conference and donation announcement at the Wilson Special Collections Library.