The Public Domain Has Expanded, and We’re Celebrating with Digitization

The public domain expanded this year, and the University Libraries has been commemorating the occasion by digitizing and publishing a selection of materials from the special collections. 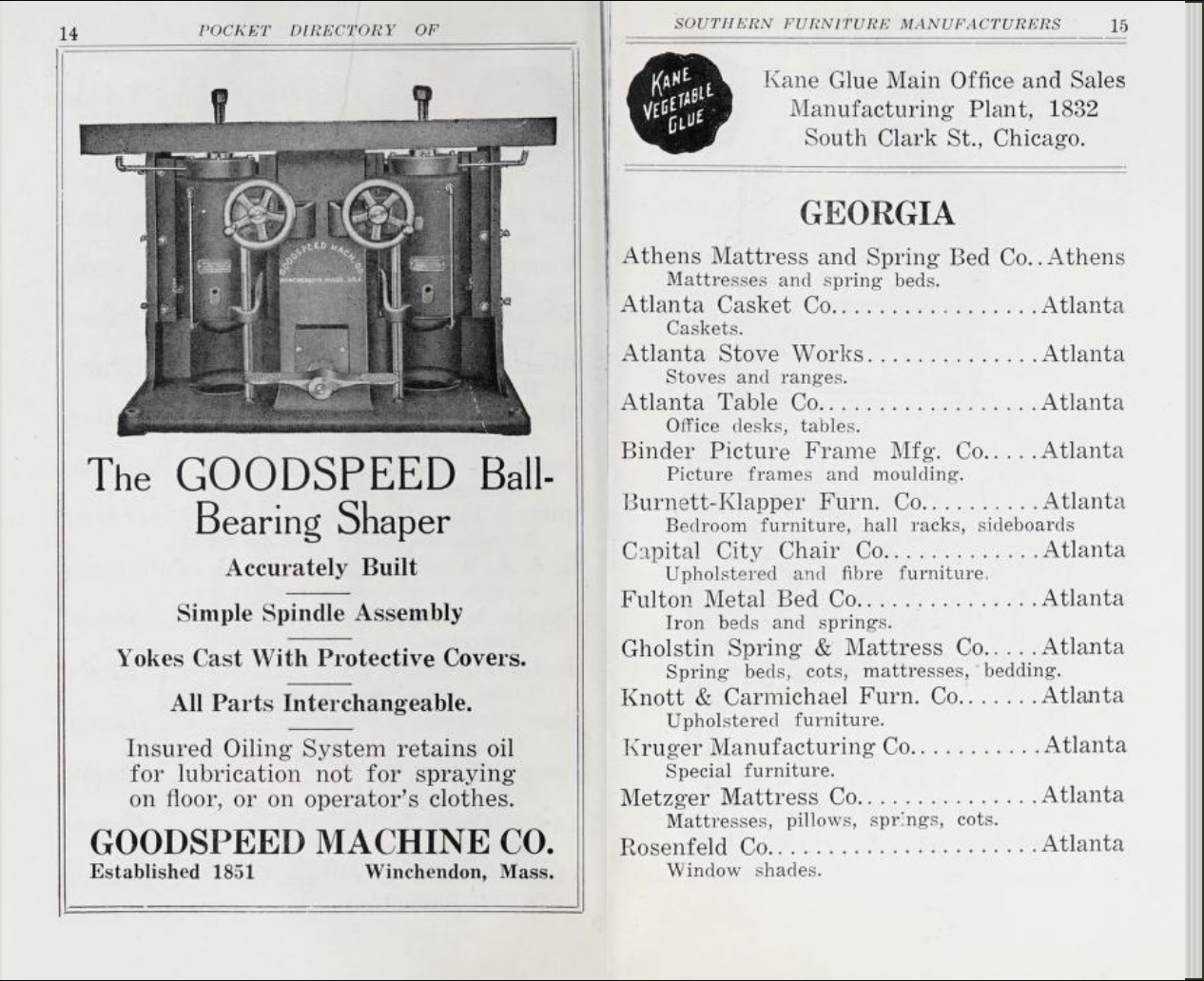 A page spread from Pocket Directory of the Furniture Manufacturers of the Southern States, recently digitized in the University Libraries to celebrate the expansion of the public domain. 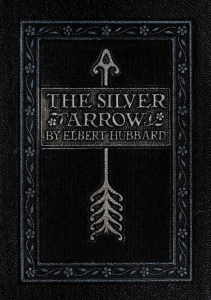 The Silver Arrow, by Elbert Hubbard, was among the digitized titles.

The phrase “public domain” denotes works that are not in copyright, in this case, because their copyright terms have expired.

According to the U.S. Constitution, a copyright term is intended to be for “a limited time.” The law recognizes that there is value in allowing creators to profit and protect their works and that there is also a benefit in having an end to that term. Once a work’s copyright term ends and it enters the public domain, anyone can reproduce the work, republish it, write sequels, and so on.

In the centuries since the Constitution was written, copyright terms have gotten longer. In the late 18th century, a copyright term was 14 years, with the possibility of a renewal for another 14 years. By the 1970s, terms had expanded to the point where copyright was in effect for at least 50 years.

The Copyright Term Extension Act of 1998 added 20 years onto that term and delayed the time when works in the U.S. would begin to enter the public domain on a regular basis. Today, the shortest term of copyright is 70 years plus the life of the creator, and many terms, like the ones for works owned by businesses, are longer. Starting on January 1, 2019, however, U.S. works began entering the public domain routinely as their copyrights expire, starting with 1923 imprints.

Why is the public domain important?

Why should you care about the public domain?

Imagine a world where a work’s copyright never expired. Someone could, for example, own all the works of Shakespeare, monetize them, and prevent others from publishing or distributing them. There would never be a time when our cultural heritage would become our common property that we can all use and reuse.

The expiration of the Copyright Term Extension Act of 1998 is a big deal: It means that, as of January 1 this year, a huge body of copyrighted works has passed into the public domain for the first time in more than 20 years.

Contributing to the digital public domain

To mark this expansion of the public domain, we have digitized a selection of works published in 1923 from the North Carolina Collection at the Wilson Special Collections Library. We were fortunate to work with Lauren Geiger, a master’s student at UNC-Chapel Hill’s School of Information and Library Science, who identified eligible materials and prepared them for digitization. 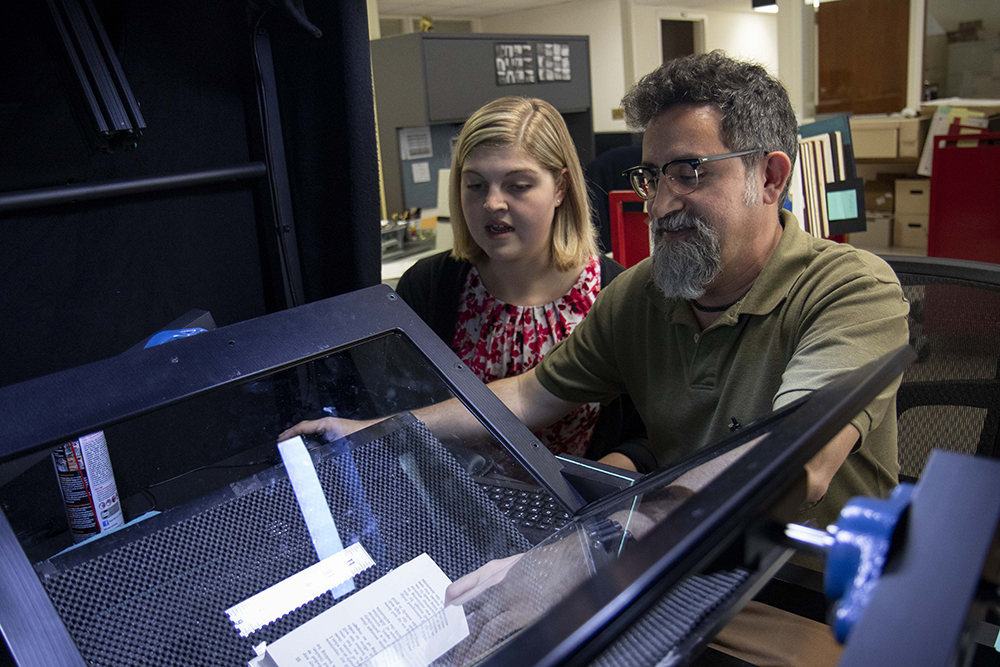 Lauren Geiger and Chris Moses at the Scribe camera

Works had to not only fit the date and subject requirements, but they also had to be in appropriate physical shape to be scanned.

Lauren said, “Each batch of materials brought new excitement as I envisioned what research could be done with them. However, over half of the time, disappointment replaced the excitement as I realized a certain piece was not fit to be scanned.” In the end, Lauren and the scanner operator digitized 95 titles, which are available here.

The list of 1923 titles reflects the wide scope of Wilson Library’s North Carolina Collection. They include titles agricultural titles, such as “The Native Persimmon;” titles about social issues, such as “Parole in North Carolina;” and a brochure of pictures of “The Manor, Pinehurst, North Carolina,” which the author hails as “A Modern Hotel.” 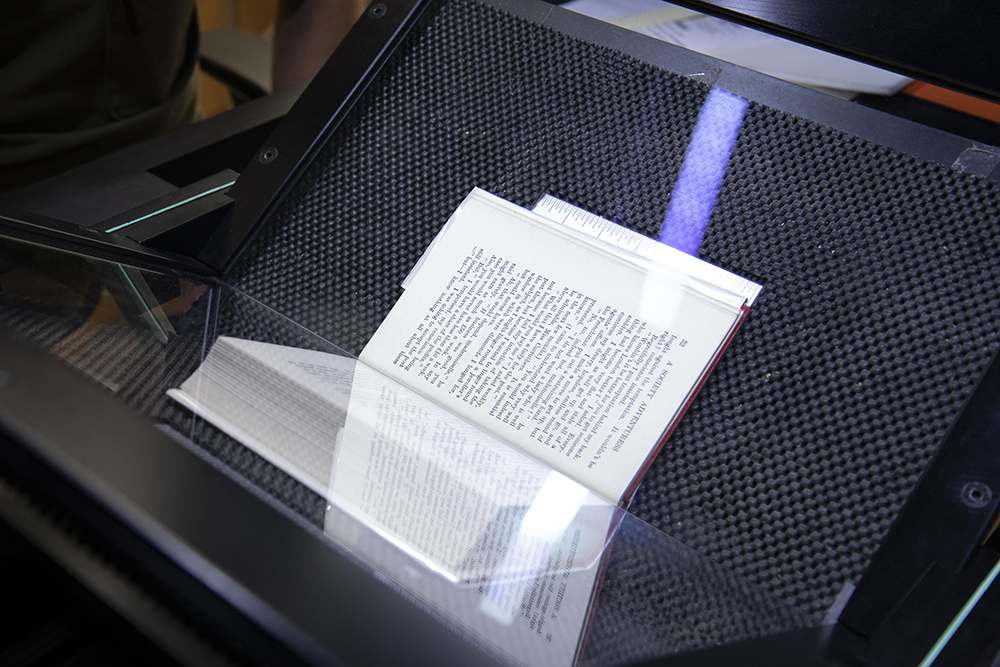 The Scribe camera in action

Going forward, the continued expansion of the public domain will allow us to digitize more material and make it available worldwide.

We are already thinking about works to digitize next year, when works published in the U.S. in 1924 will enter the public domain.

To read more about Lauren Geiger’s project in her own words, visit the Intersections blog.