Bob Anthony, curator of the North Carolina Collection at the Wilson Special Collections Library, is one of six recipients of the 2019 C. Knox Massey Distinguished Service Award. The award recognizes University of North Carolina at Chapel Hill employees for unusual, meritorious or superior contributions. 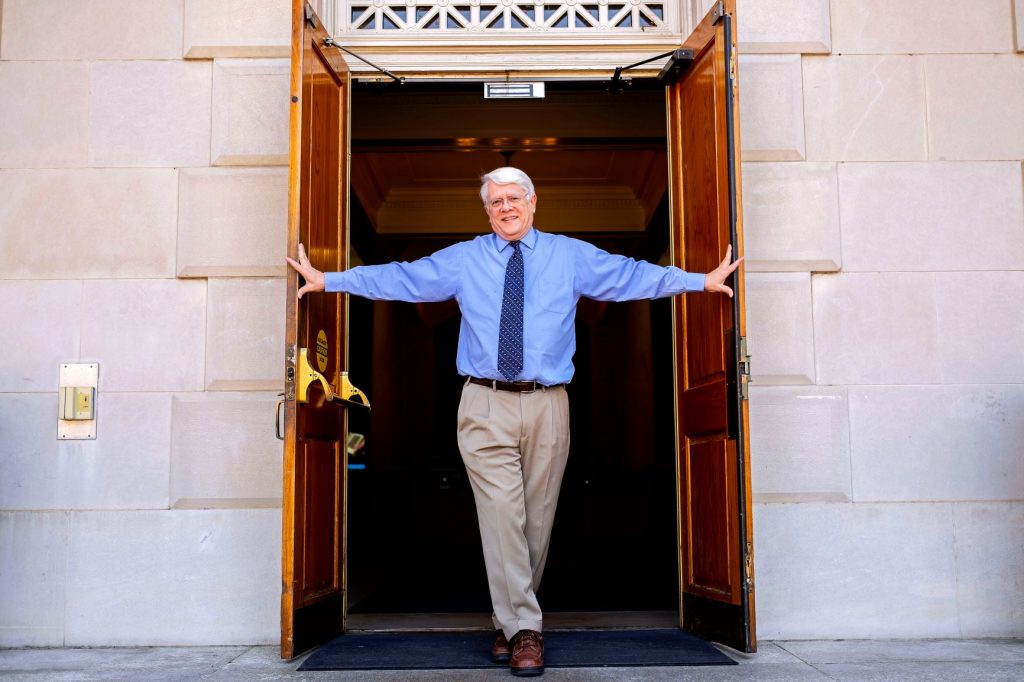 Bob Anthony, curator of the North Carolina Collection at the Wilson Special Collections Library, is a recipient of the 2019 C. Knox Massey Distinguished Service Award. Photo by Jon Gardiner/University Communications.

Anthony has devoted his nearly 40-year career to caring for and about the knowledge and research resources that define North Carolina’s cultural heritage. While earning his master’s degree in library science from Carolina, he was first introduced to the North Carolina Collection. In 1986, he returned to the University Libraries to work in the NCC, becoming its curator in 1994.

Under Anthony’s leadership, the NCC has dramatically expanded both its scope and its reach. He has been instrumental in attracting significant collections, such as the work of North Carolina photographer Hugh Morton and the photo archives of the Durham Herald.

He has also brought the state’s history to its residents and well beyond. Anthony and his staff have developed a popular traveling exhibition program that has put photographic works from the NCC on view at locations across the state, and he has helped to initiate large-scale digitization programs including, most recently, the North Carolina Digital Heritage Center. Since its founding in 2009, the Center has partnered with nearly 250 North Carolina libraries, museums and archives to digitize and publish online hundreds of thousands of newspapers, yearbooks, city directories, photographs, audiovisual recordings and objects that thousands of people access every day.

Anthony has a tremendous gift for making connections with and among people, said University Archivist Nicholas Graham. It’s a capacity that has helped him build the NCC and connect its work and the University so deftly with the public.

“Bob never misses an opportunity to promote the Library and other programs at Carolina,” said Graham. “He never appears to be ‘off the clock.’ He is always thinking of ways to steer support and visibility back to the Library and its collections and services.”

“Bob is truly an unselfish ambassador for the University Libraries, the University and the history and culture of North Carolina,” said Estorino. “He has spent his career supporting and advancing the work of others. It’s wonderful to see his contributions acknowledged with the Massey Award.”

Anthony and the other recipients will be honored at an April 27 awards luncheon. Each winner receives a $10,000 stipend and an award citation.

Thank you and congratulations, Bob!