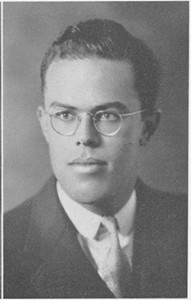 A newly created endowment will help the Southern Historical Collection (SHC) in Wilson Library fulfill its mission of collecting, preserving, and providing access to primary resources that document the American South.

In 2011, when brothers Hardin “Massie” Minor, Jr.’08 and Tucker Minor ’11 showed a WWI family scrapbook to Dr. Joe Cadell ’73 of the History department, something clicked. Cadell said they had something pretty special and suggested they speak to an archivist to learn more.

Learn more they did. Tucker came back to campus with his dad, Hardin Minor, Sr., to meet with archivist Biff Hollingsworth of the Southern Historical Collection (SHC). The conversation swiftly moved from the specific artifact at hand, to the powerful stories the scrapbook revealed. Archivists like Biff help interpret and preserve southern history and assist researchers via primary sources. And often they help families, like the Minors, to determine just what to do with their fragile and unique historical items. 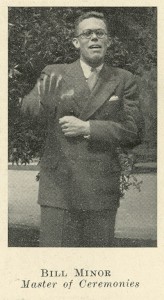 According to Hardin, his conversations with Biff could not have been more helpful. The family came to better appreciate the WWI memorabilia and saw that it had important potential research value to scholars. As Hardin said, “We really appreciate Biff’s resourcefulness, his genteel manner and his quiet spark of intelligent enthusiasm. He inspired us to consider placing the scrapbook and other items from my granddad’s WWI service in an archive one day. Rather than boxed in a closet, we envision these important documents preserved, even digitized and made widely available for use.”

At the same time, Hardin began to reflect on the three generations of Minors who have attended UNC and share a deep appreciation for Carolina history and tradition: his late dad, William “Bill” T. Minor Jr. ’34, JD ’40, his brother Tom Minor ’71, himself, and his two sons. But no one could match Bill Minor’s devotion to his beloved alma mater. As an undergrad, Bill was a member of The Order of the Grail, the Order of the Minotaurs, Amphoterothen, YMCA, Yackety Yack, Di Senate, Sigma Alpha Epsilon fraternity, an editor of the Daily Tar Heel, president of his freshman class, and played tennis and basketball all four years. He graduated summa cum laude, was a Rhodes Scholar finalist, and proudly drove a Carolina blue convertible Ford Mustang. 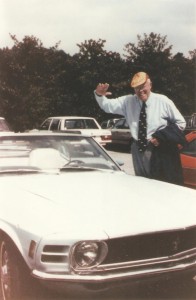 A page in the 1934 Yackety Yack notes, “Bill Minor was probably one of the best liked men in his class. [He] combines an overflowing good humor and sincere cordiality with an uncanny ability to remember names. A good athlete, a hard working though socially active, Phi Beta Kappa student, and unselfish friend.” Bill went to have a 50-year career as a CPA and attorney in Charlotte.

An idea began to form. Bill Minor’s six children and nine grandchildren would make a gift to Carolina that would celebrate this ardent Tar Heel. They talked about Bill’s values, particularly his love for learning (he attended Woodberry Forest, Merton College at Oxford, and Harvard Business School, in addition to Carolina), his generosity and integrity, and his devotion to family. A fitting gift would carry on his legacy at a place he loved, UNC-Chapel Hill.

With an initial gift from the Minor Family Foundation, and already bolstered by gifts from other family members including Sam Hummel and Tom Minor, The William Thomas Minor, Jr. Endowment Fund was created in late 2013. The endowment will support the mission of the Southern Historical Collection as it collects, preserves, and makes available exemplary primary resources documenting the American South.

“We create this fund to honor William T. Minor, Jr.’s resolve and intellect, and with it we aspire to support the broadest community of users of the Southern Historical Collection—students, faculty, and the general public—in the pursuit of knowledge.”

According to cousin Sam Hummel ’61, “Bill Minor attracted great respect from all. He came from a family of strong women, all accomplished educators. The men in the family distinguished themselves in business and law, but none brought out as much joy as W. T. Minor Jr. When business matters came up, Bill was like the Supreme Court Chief. He only got the most difficult questions and his guidance was always appreciated.”

“Dad garnered top honors everywhere he went, and this carried through to his professional life as a CPA and Attorney,” says son Tom Minor ’71. “On the personal side, it would seem pretty obvious that a man who had such a busy professional career as well as six children would have limited time to divide among them…but he was as devoted as any father could be.” 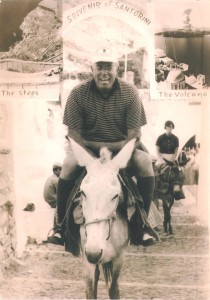 Daughter Ettie recalls “In our society it seems that making money means success, and the more you make the more successful you are. Our dad was motivated to provide for the people he loved as well as those in need, which is evident in the many charities he supported. He had a value system that is rare today and I think somehow that is one of his most important legacies.”

Many thanks to the family of Bill Minor for creating the Southern Historical Collection’s newest endowment.

A gift of $50,000 is the minimum necessary to create a named endowed fund for the Library. For more information about the Southern Historical Collection and ways to support it, contact the University Libraries Development Office.