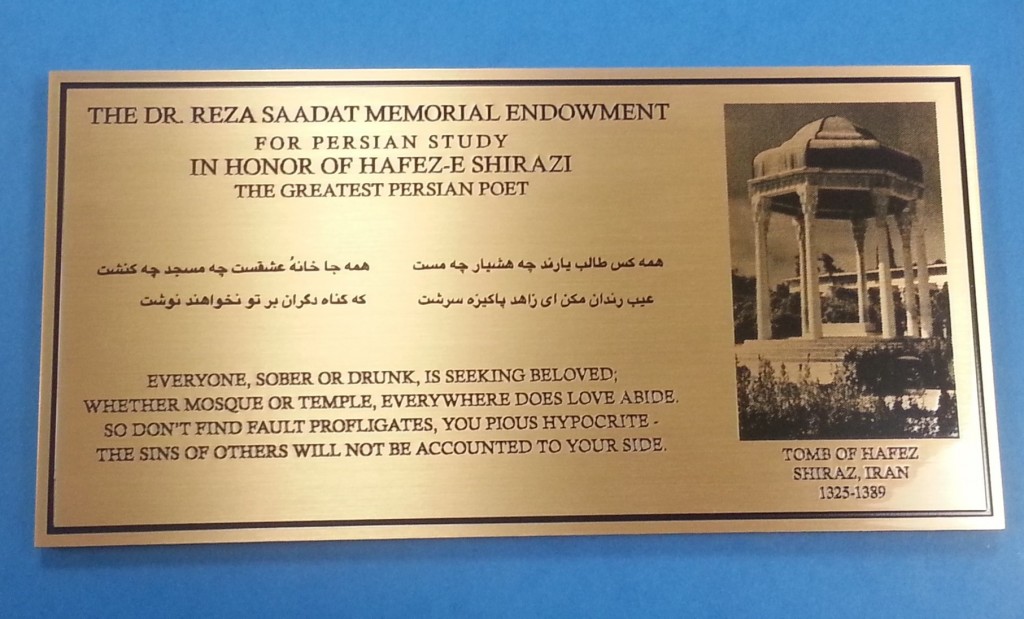 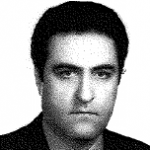 In late 2013, two anonymous donors generously established the Dr. Reza Saadat Memorial Endowment for Persian Study in Honor of Hafez-e Shirazi. The initial gift of $25,000 will assist the Library in acquiring books, journals, and electronic resources to advance the Persian studies collection and acquire materials about Persian language, culture, and philosophy.

The endowment is established in memory of Dr. Reza Saadat by a member of Dr. Saadat’s family and a longtime family friend and countryman. Dr. Reza Saadat came from a family of scholars, educators, and writers in Shiraz, Iran. He was born in 1946, and received a Ph.D. in Physics from Pennsylvania State University in 1976. Dr. Saadat taught physics at the University of Shiraz, Iran. On August 4, 1994, he was martyred mysteriously, leaving a wife and two teenaged daughters.

The endowment also honors the great Persian poet, Hafez-e Shirazi (1325-1389). Hafez was born in Shiraz, Iran. He is one of the most celebrated of the Persian poets, and his influence can be felt to this day. His work is of great importance, and many of his poems are well-known as proverbs or sayings.

An endowment is a permanent fund, invested for both growth and income. Endowments like the Dr. Reza Saadat Memorial Endowment for Persian Study provide a stable source of income upon which the Library can depend.

The Library is actively building collections to support the Persian studies program at UNC. Undergraduate enrollment in Persian language and culture courses has increased dramatically in the last several years. At the graduate level, UNC is one of the few U.S. universities to offer a Ph.D. in Islamic studies with a strong emphasis on Persian.

The Reza Saadat Memorial Endowment for Persian Study in Honor of Hafez-e Shirazi is one of four Library endowments in Persian Studies to be created since 2012. In addition to building the endowment, the Library seeks donations of books and cash gifts to support Persian studies. A wish list indicates the most urgently needed items. 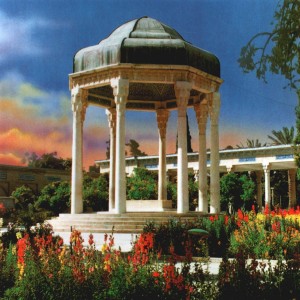 The impact of gifts such as the Reza Saadat Memorial Endowment for Persian Study in Honor of Hafez-e Shirazi extends far beyond UNC. Through cooperative agreements, the faculty and students of nearby Duke, North Carolina Central, and North Carolina State universities consult and borrow UNC Library materials. UNC Library collections and programs are also accessible to scholarly visitors and members of the general public.

To make a tax-deductible contribution online in support of the Dr. Reza Saadat Memorial Endowment for Persian Study, go to http://giving.unc.edu/gift/lib/, select “Search Funds” and enter “Saadat.” Select the fund and enter the amount of your gift. Or, send a check, payable to Friends of the Library, UNC-Chapel Hill noting the fund name to: UNC-Chapel Hill, P.O. Box 309, Chapel Hill, NC 27514-0309.