Visitors to the Smithsonian National Museum of African American History and Culture will be able to see four items on loan from UNC’s Wilson Special Collections Library over the next eleven months.

The two documents and two photographs, part of the museum’s Slavery and Freedom exhibition, relate to the life of Omar ibn Sayyid, an African-born enslaved Muslim. 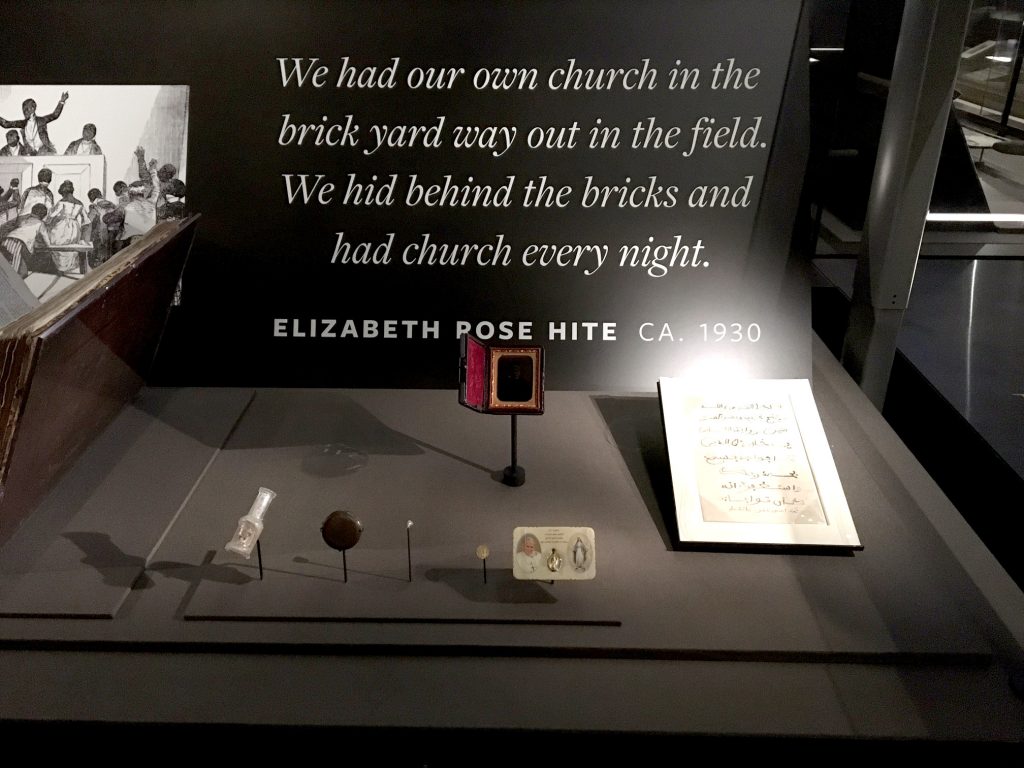 A framed ambrotype photographic print of Omar ibn Sayyid and a handwritten excerpt from the Qur’an written by Sayyid are two items from UNC’s special collections on display at the National Museum of African American History and Culture.

“We were delighted when the Smithsonian approached us about including these items in this important exhibition, which will be seen by thousands of visitors,” said Bob Anthony, curator of the North Carolina Collection in Wilson Library, which holds three of the items. “These are historical treasures that remind us that there were many enslaved Africans of the Islamic faith in the American South and elsewhere in the Western Hemisphere.”

Photo of Omar ibn Sayyid, from Documenting the American South

Although slave traders brought thousands of Muslims from Africa to America, Sayyid was one of few in North Carolina. He recounted the story of his life in an 1831 autobiography, which he wrote in Arabic.

Around 1806, when he was 37, slave traders took him from his home in present-day Senegal and sold him to a South Carolina planter. Sayyid escaped, then was captured and jailed near Fayetteville. He gained renown by writing in Arabic on the walls of his prison cell.

James Owen, proprietor of a Cape Fear River plantation (and later a state legislator and U.S. Senator), eventually purchased Sayyid and soon recognized that he was educated. Owen and his brother reportedly read to Sayyid from an English translation of the Qur’an and gave him an Arabic-language Bible. Sayyid wrotes that he converted to Christianity in 1820, although historians continue to debate the authenticity of his conversion.

From Wilson Library to Washington, D.C.

Because little original documentation survives about the lives and religious practices of enslaved Muslims in America, the Smithsonian reached out to the Wilson Special Collections Library. These four objects, which will be displayed two at a time, can be seen in Washington: 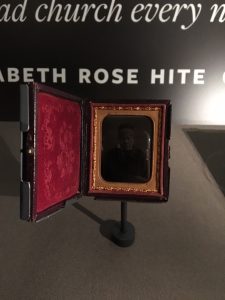 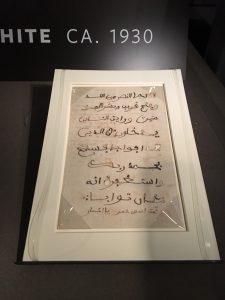 Surah 110 from the Qur’an, handwritten by Sayyid, on display at the NMAAHC

The Smithsonian will show these objects in pairs, for six months each, in order to protect them from light damage. The ambrotype and the excerpt from the Qur’an can be seen from now until February 15, 2018, and the Foard scrapbook and albumen print portrait will be on display from February 15 to August 15, 2018.

A 1925 translation of Sayyid’s autobiography is online through the UNC Libraries’ Documenting the American South project.