Between Midnight and Day: The Photography of Dick Waterman

Photographs of some of the greatest musical performers of the last half-century will be on view in Wilson Library through December 22, 2017. The exhibit is closed on Saturdays and Sundays. 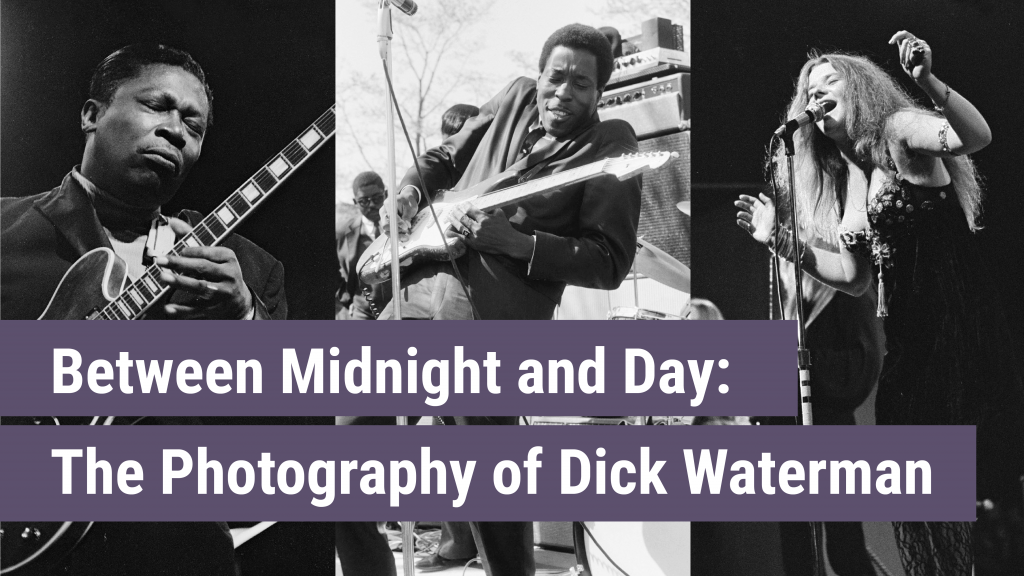 They are the work of Dick Waterman, a photographer, agent, and music promoter, who played a key role in the folk revival movement of the 1960s.

Between Midnight and Day: The Photography of Dick Waterman includes images of Joan Baez, Bob Dylan, Buddy Guy, Janis Joplin, Bonnie Raitt, and Mick Jagger. Waterman’s unparalleled access allowed him to capture the artists during the intensity of performance, as well as at leisure.

Waterman’s personal collection is part of the Southern Folklife Collection at the Wilson Special Collections Library.

There will be an event to celebrate the opening of the exhibition on Tuesday, September 26, 2017, at 5:30 p.m., in Wilson Library.

Between Midnight and Day: The Photography of Dick Waterman
Fourth floor reading room
Wilson Library
September 26, 2017 – December 22, 2017
The exhibit is closed on Saturdays and Sundays.
Free and open to the public
(919) 962-3765 or wilsonlibrary@unc.edu