Rare and fine examples of French printing will be on view in the Wilson Special Collections Library from May 22 through August 29.

“Memory, Reason, Imagination: 400 Years of French Printing” features 65 books from the Rare Book Collection (RBC) at Wilson Library. Visitors will be able to see the development of printing technologies and the arc of French intellectual history, literature, and culture. 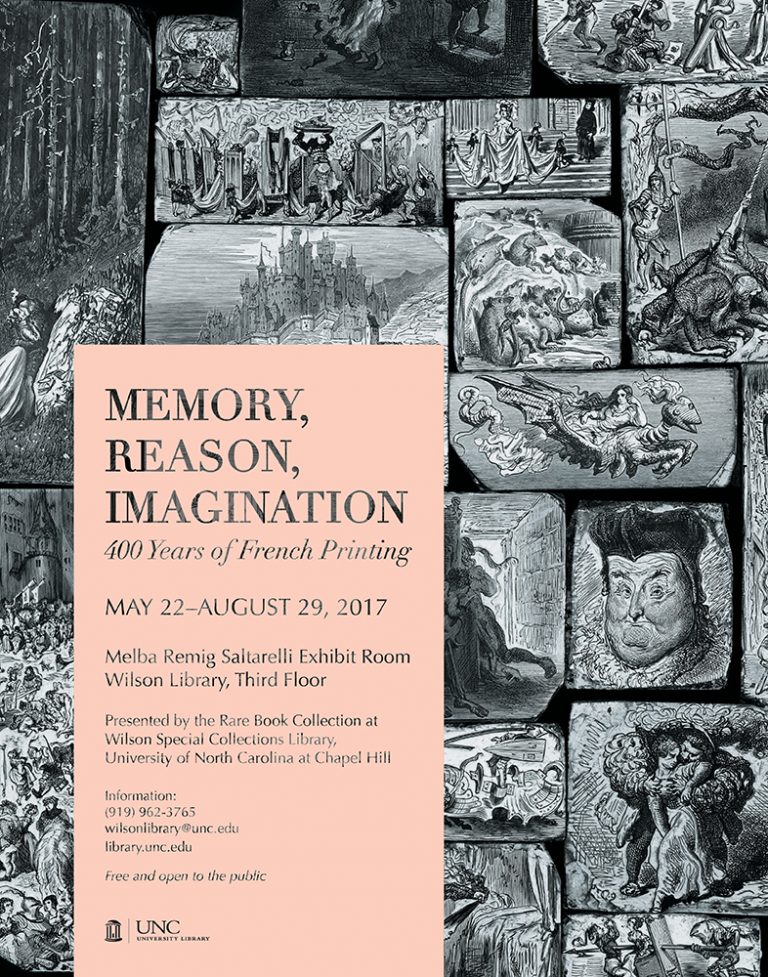 The exhibition “Memory, Reason, Imagination: 400 Years of French Printing” will be on view at UNC’s Wilson Library through August 29.

The majority of the materials on view are from the 16th through 19th centuries, representing some of the finest examples of printing produced in France. Also on view are several items from the 15th century, during the incunable period of early printing, as well as examples of 20th-century printing.

The exhibition showcases items from some of the RBC’s major collections: the Hoyt Collection of French History; the Francis Carco Collection; the Mazarinade Collection; and the Estienne Imprint Collection, which the Hanes Foundation presented to UNC in 1984 as the Library’s 3-millionth volume.

Highlights include Denis Diderot’s Encyclopédie; the first illustrated edition of Albert Camus’s L’Étranger; and George Sand’s first novel, with her inscription to Henry Harrisse, a professor of French at UNC in the 1850s.