Meet Me on the Midway: Three Centuries of Fairs in North Carolina

More than forty fairs take place every year in North Carolina, from county fairs to the State Fair in Raleigh. An exhibition now on view in UNC’s Wilson Special Collections Library examines the history of this beloved tradition. 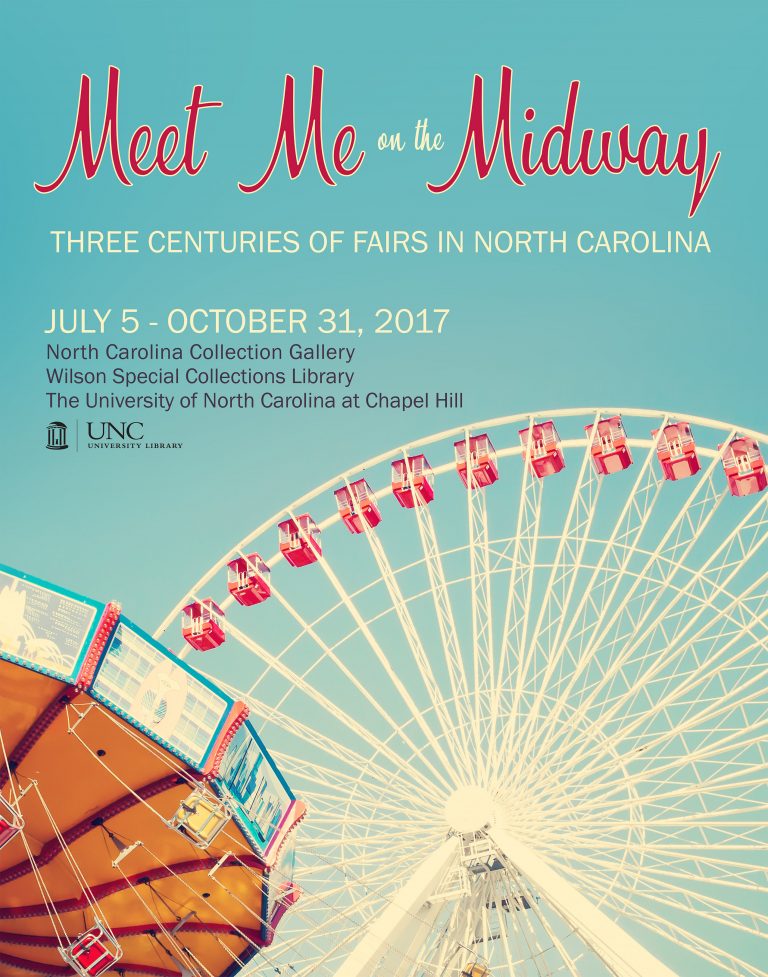 Meet Me on the Midway: Three Centuries of Fairs in North Carolina contains 80 items, including photographs, posters, souvenir pins, prize ribbons, postcards, news articles, books, and pamphlets. Visitors can learn about the origins and development of fairs in the Tar Heel State, beginning with the first county fairs in the 1820s. 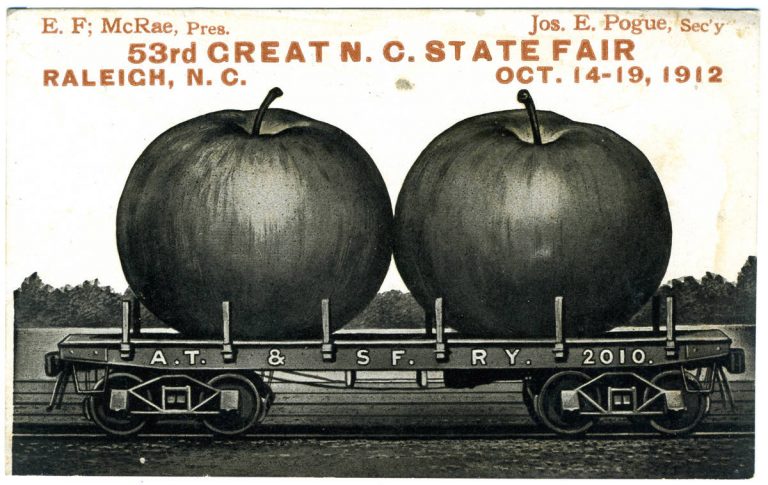 “Fairs have evolved along with the changing interests of fairgoers,” said Linda Jacobson, keeper of the North Carolina Collection Gallery in Wilson Library and co-curator of the exhibition.

The earliest fairs offered farmers the chance to learn about developments in raising crops and animals. By the 1890s, the carnival midway, with its sideshows and amusement rides, had become a mainstay.

Several items tell the little-known history of fairs organized by African Americans, beginning with the first in Wilmington in 1875. Several years later, Charles Hunter, a former slave, began the “State Negro Fair” in Raleigh, in part as an appeal to white North Carolinians for help and to demonstrate the worthiness and cooperation of African Americans. As segregation laws took hold in the late nineteenth century, the fairs, too, became fully segregated.

Other parts of the exhibition discuss county fairs and the State Fair; the midway; the fair’s educational mission; contests; and the fair as social institution and gathering place.

Meet Me on the Midway will be on view in the North Carolina Collection Gallery on the main floor of Wilson Library through October 31.

Meet Me on the Midway: Three Centuries of Fairs in North Carolina
North Carolina Collection Gallery
Wilson Special Collections Library
July 5 – October 31, 2017
Free and open to the public
(919) 962-3765 or wilsonlibrary@unc.edu