Saving the River One Song at a Time: The Eno River Festival Legacy

In 1966, a group of concerned citizens led by activists Margaret and Holger Nygard organized against a plan from the City of Durham to dam the Eno River for the city’s drinking water supply. The energy sparked by these initial conservation efforts led to the formation of the Association for the Preservation of the Eno River Valley. 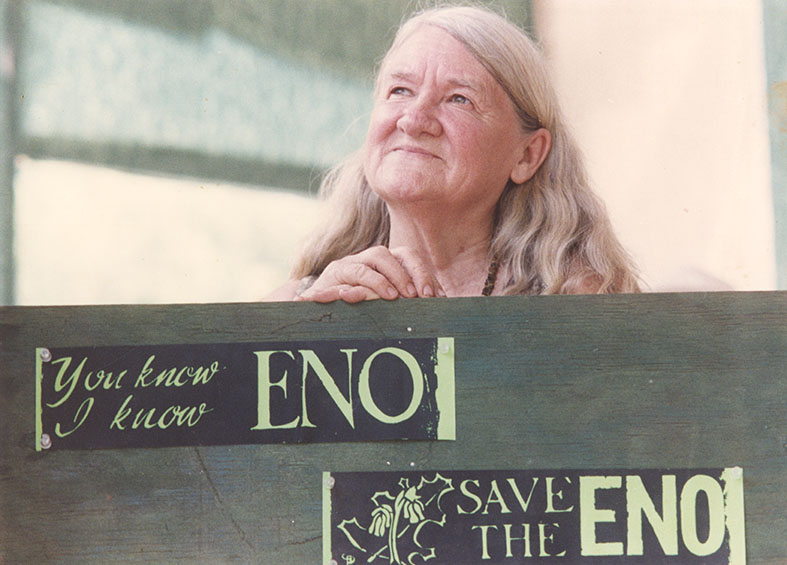 Over the years, the association has partnered with the Nature Conservancy and local governments to protect the Eno’s natural resources. By 1973, the group had acquired enough land and political will to establish the Eno River State Park, which now encompasses more than 4,000 acres in the river’s valley. Since 1980, the Eno River Association has sponsored the annual Independence Day weekend Festival for the Eno to draw thousands of people to the banks of the river to enjoy music, dance, crafts, and great food, while raising funds and connecting folks with the river’s natural beauty.

Saving the River One Song at a Time: The Eno River Festival Legacy
Wilson Special Collections Library, 4th floor
June 2 – September 22, 2017
Free and open to the public
(919) 962-3765 or wilsonlibrary@unc.edu