Explore the complex cultural history of American folk music with a free lecture and concert on March 9 from the Southern Folklife Collection at Wilson Library. 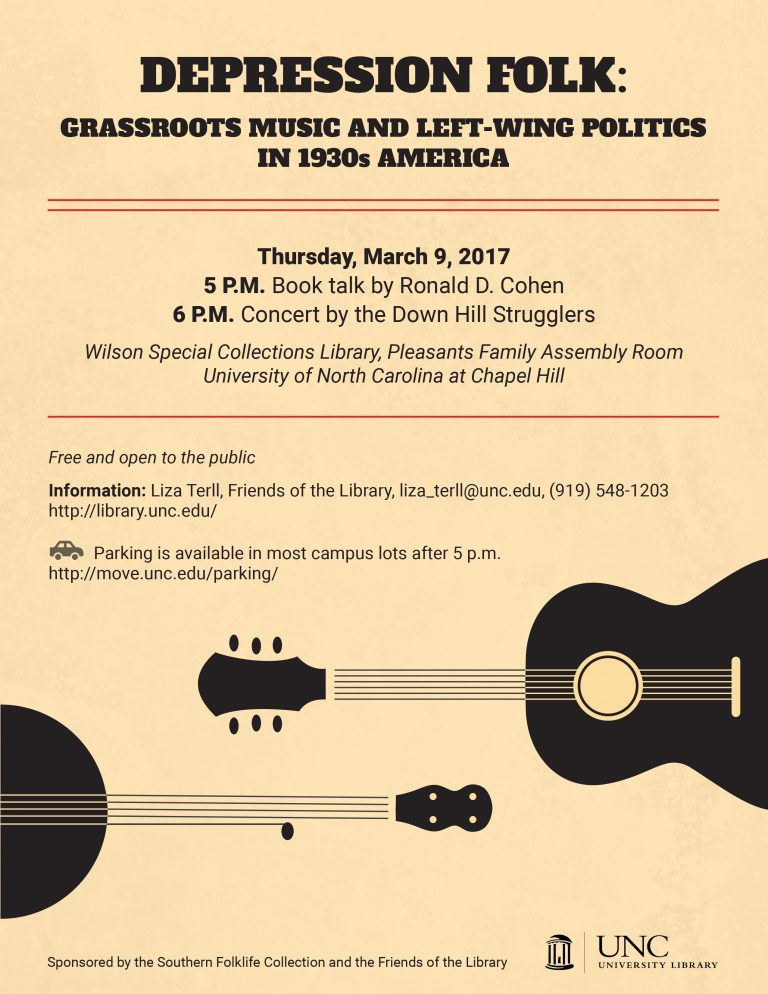 Ronald D. Cohen, author and professor emeritus of history at Indiana University Northwest, will deliver the talk “Depression Folk: Grassroots Music and Left-Wing Politics in 1930s America.” Cohen will discuss how the interplay of musicians, government agencies, and record companies had a lasting impact on the decade and beyond.

The talk will begin at 5 p.m  in the Pleasants Family Assembly Room. The concert will follow immediately at 6 p.m.